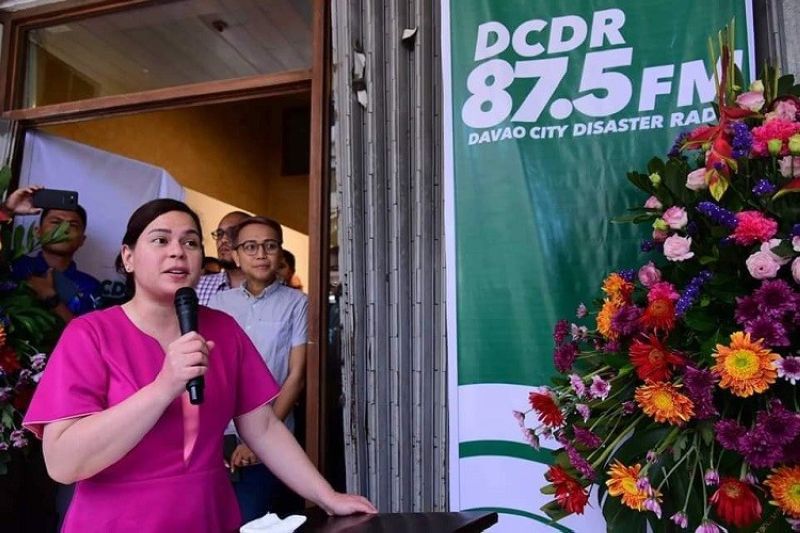 SHOULD the Department of Education-Davao Region (DepEd-Davao) need a radio station for its modular distance learning for the incoming school opening, Davao City Mayor Sara Duterte-Carpio said the City Government is willing to allow them to use the city-owned radio station.

Duterte-Carpio, in a radio interview on Friday afternoon, June 26, 2020, said the City Government will allocate ample airtime for Deped-Davao in its radio-based instruction through 87.5 FM Davao City Disaster Radio.

Education Secretary Leonor Briones earlier said that DepEd is pushing for the blended or distance learning amid the coronavirus disease (Covid-19) pandemic.

Briones said the department will be doing blended learning modalities, particularly online learning since face-to-face classes are still discouraged unless a vaccine or medicine to cure Covid-19 will be procured.

Admittedly, she said not all can afford to buy gadgets and have a stable internet signal. She said they are pushing for other alternative learning delivery modes such as TV, radio, online and printed modules.

President Rodrigo Duterte has expressed his support in utilizing radio as an instructional medium for its blended learning.

The mayor said she already requested the Schools Division Superintendent of Deped-Davao to submit its "new normal” program proposal for the city to allocate funds through the Special Education Fund (SEF).

While the mayor did not elaborate on the SEF amount, she said the fund will be used in Deped’s blended learning approach. The funds were supposed to be used for the Davao Regional Athletic Association (Davraa) and Palarong Pambansa this year but these have been canceled due to the pandemic.

SunStar Davao tried to contact DepEd-Davao for further details but they have not yet responded as of press time.