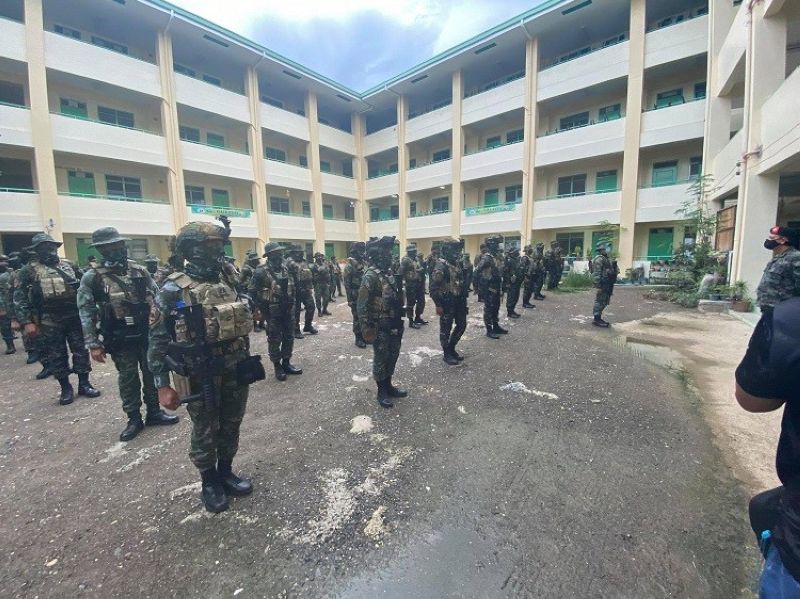 BARANGAY chiefs who fail to implement quarantine protocols will face sanctions, a Department of the Interior and Local Government (DILG) official warned to the dismay of some local leaders.

As of Friday evening, June 26, 2020, the local government has yet to announce which areas in Cebu City will be placed on lockdown.

He emphasized that only sitio-level lockdowns will be implemented.

He also assured that the City will supply affected residents with food, medicines and water in case of a lockdown.

Distribution of relief goods will be done by the village chiefs and not by the members of the mayor’s information and liaison office (Milo).

Labella directed City Attorney Rey Gealon to conduct an investigation should Milo members and other personnel lead the distribution.

Reacting to the DILG warning on the implementation of quarantine protocols, some village chiefs said they lack the resources to carry these out.

They also cited the lack of communication between some barangays and the Cebu City Hall.

Labangon Barangay Captain Victor Buendia, who is also the vice president of the Association of Barangay Councils, said the City Hall does not listen to their ideas.

“How can we first prevent the virus and control the people when in fact, first base pa lamang, wala na mi hold?” said Buendia.

To counter insinuations that they were not keen on protecting their constituents, Buendia said no barangay captain would want infection to spread.

“Don’t make the public think falsely that we don’t care about our barangay, ‘cause God knows our situation and they just didn’t see it or they just want to put the blame on us, as their scapegoat of their palpak (failed) system,” said Buendia.

Calamba Barangay Captain Victor Quijano Jr. said his barangay does not have the resources to provide residents with necessities.

“The resources of the barangay are now limited to fully support the implementation of the ECQ. It’s difficult for us to feed the people we field, considering they always have to be at their posts. They can’t leave it. Not to mention the risk if they get sick, what the government can give the frontliners of the barangay,” said Quijano in Cebuano.

Since April, some village chiefs have also been asking the City Hall officials to provide information about new cases.

Quijano said what they get is only the number of cases, but not the names and location of the patients.

Tejero Barangay Captain Hermogenes Galang Jr. said all barangays are doing their best to flatten the curve, but “the City Government is not helping us.”

“They are not communicating to us... No communication on where to go,” said Galang.

City Councilor Joel Garganera, a member of the Covid-19 task force in Cebu City assigned in seaports, said the mayor has been calling on the village chiefs for coordination, but some have not been cooperative.

“We did not only coordinate with them; (we) informed them that we badly need their help,” said Garganera.

“This is not a problem exclusive to the City nor the barangay. Togetherness is a key factor here to defeat an invisible enemy,” he added.

Macario assured that many factors will be considered before village chiefs will be issued show cause orders.

NTF deputy implementer for the Visayas Melquiades Feliciano said a thorough evaluation will be conducted before a village chief is sanctioned.

As Cebu City entered its 11th day of ECQ on Friday, the local government started distributing 178,000 QR-coded quarantine passes based on the number of households as verified by the DOH.

These are fewer than the 250,000 passes that were issued in late March based on the number of families.

This time, only the person whose name is indicated on the QR-coded pass may go out for essential trips between 6 a.m. and 8 p.m. on designated days.

“The only ones who can leave the house are those named in the quarantine pass.

You cannot pass it to the family (members) of the household,” said Labella.

The pass will also contain the sitio and the barangay of the holder.

Holders of quarantine passes ending in odd numbers may go out of their homes on Mondays, Wednesdays and Fridays.

Those ending in even numbers will be allowed on Tuesdays, Thursdays and Saturdays.

No one would be allowed to go out on Sundays, except essential workers and authorized persons outside residence (Apor), Police Regional Office (PRO) 7 Director Ignatius Ferro said.

Those considered as Apor do not need to apply for passes since their identification cards and certificate of employment are valid, Labella said.

Distribution of the quarantine passes is done through the barangay captains in coordination with the Philippine National Police (PNP) and Armed Forces of the Philippines (AFP).

The police, including the elite Special Action Force (SAF), and AFP will also enforce proper use of quarantine passes and other ECQ protocols.

Some 150 SAF troopers arrived in Cebu City Friday afternoon and are now housed in a school in Barangay Tisa.

They will man checkpoints and patrol the interior portions of barangays, especially those with high cases of Covid-19.

Ferro said they will focus first on the 12 hotspots.

Three areas that were earlier placed on lockdown—Luz, Labangon and Sitio Alaska in Mambaling —are no longer included among the hotspots since active cases have been reduced.

Labella said data gathered by the barangays are being reconciled with those collated by the City Hall.

Barangay Luz was placed on lockdown on April 17, Labangon on April 22 and Alaska on May 6.

Vice Mayor Michael Rama, for his part, was optimistic about winning the war against Covid-19.

But he stressed the need for cooperation and proper communication.

Previous lapses should be avoided and barangay leaders should be empowered, he added.