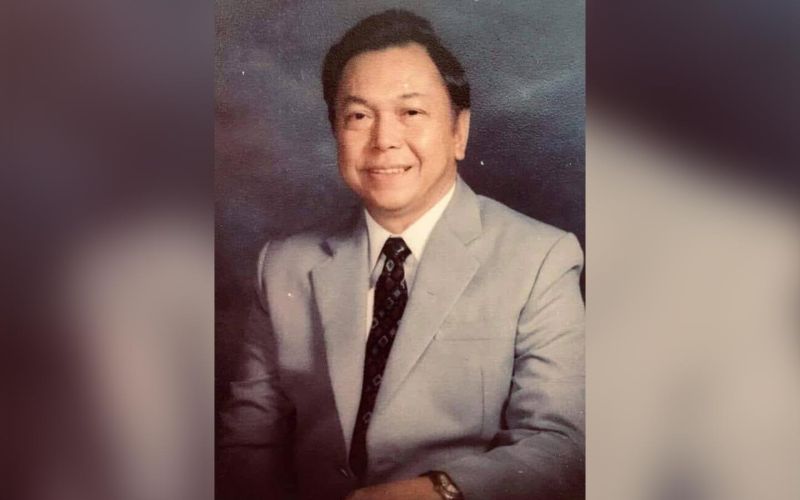 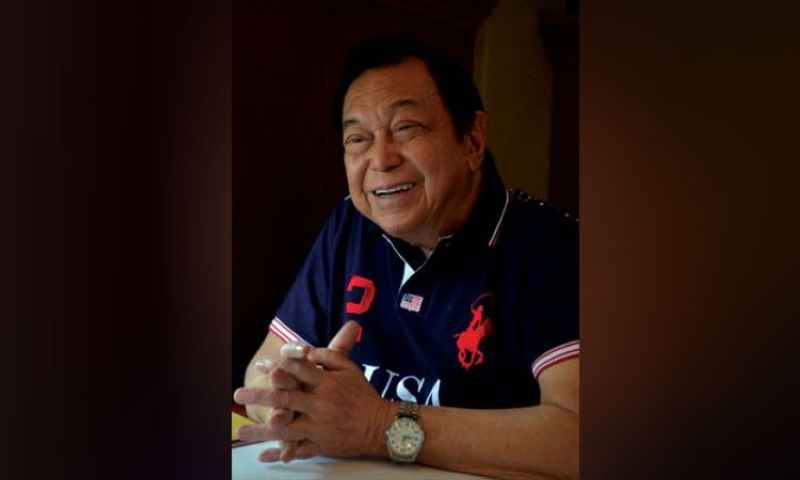 “Today, a great man has passed on. What is very shocking is the manner and the suddenness of his passing,” said James on a Facebook post around 5:30 p.m., June 27.

James said his father experienced mild fever and incessant coughing last June 18, so he was swabbed on the same day.

James was not sure where his father contracted the disease.

“He could have gotten it anywhere. It’s hard to pinpoint exactly because he still went out quite often in spite of our warnings,” said James.

Cuenco’s chief of staff Kent Jongoy said they had a number of outdoor engagements related to his function as city councilor.

“As his chief of staff, we had a number of engagements outside in relation to his functions as a city councilor. I, for some of these engagements, was also present,” said Jongoy.

Cuenco was even present during the online regular session on June 24.

Jongoy said, “We lost a champion of democracy and civil rights.”

Born on March 26, 1936, Cuenco was the son of former governor Manuel Cuenco and Milagros Veloso-Cuenco. He was the grandnephew of former representative Miguel Cuenco and the grandson of the former Senate president Mariano Jesus Cuenco.

His wife Nancy took over as south district representative in 1998 to 2001.

In 2006, Cuenco, then chairman of the House committee on dangerous drugs, led the investigation on Cebuano businessman Peter Lim and his brother Wellington in a public inquiry in Cebu City.

The Lim brothers were linked to the illegal drug trade. However, the inquiry failed to find evidence against them, but it did not also clear them.

In 2010, Cuenco was appointed as secretary-general of the Asean Inter-parliamentary Assembly (Aipa).

Formed in September 1977, the Aipa (formerly the Asean Inter-Parliamentary Organization) aims to “significantly contribute to the attainment of the goals and aspirations of the Association of Southeast Asian Nations through inter-parliamentary cooperation.”

The politician was one of the figures in the local opposition during Martial Law. He helped arrange for then-opposition leader Corazon “Cory” Aquino’s sanctuary when she came to Cebu days before the 1986 Edsa Revolution.

Before he fought against the Marcos dictatorship, Cuenco was with Ferdinand Marcos’s Kilusang Bagong Lipunan, then shifted to the opposition with Benigno “Ninoy” Aquino and his wife Cory.

Cuenco had kept a typewritten letter from Ninoy, which mentioned some tasks for Cuenco and Ninoy’s arrival in Manila from Boston. Barely two months after receiving the letter dated June 27, 1983, Ninoy was shot at the tarmac of the Manila International Airport on Aug. 21, 1983.

Cuenco was then with close friends and key opposition leaders waiting for Ninoy at the airport.

Ninoy’s assassination triggered the civil unrest that led to the Edsa Revolution which eventually ended the Marcos regime on Feb. 25, 1986.

Cuenco was also the primary author of Republic Act 9165, or the Comprehensive Dangerous Drugs Act of 2002.

Cuenco also worked for the creation of an additional barangay in Cebu City, now known as Barangay Banawa-Englis.

After serving the House of Representatives, Cuenco ran as councilor to represent the south district of Cebu City in the May 2019 elections where he earned a spot and eventually became the president pro tempore in the council.

Rama said Cuenco’s death should be a reminder that Covid-19 must be taken seriously.

Mayor Edgardo Labella said Cuenco was “a guiding light” not just in their political party Barug-PDP Laban but also in city politics.

Labella said Cuenco would be difficult to replace.

He said Cuenco carved his name in landmark legislation and leadership in Congress.

North District Rep. Raul del Mar was surprised when he learned of Cuenco’s death. He said they had talked several days ago.

“He didn’t survive this current public health crisis. But then he had gone through several fiercer and tougher struggles before and he triumphed. He will surely be remembered more for them,” del Mar said.