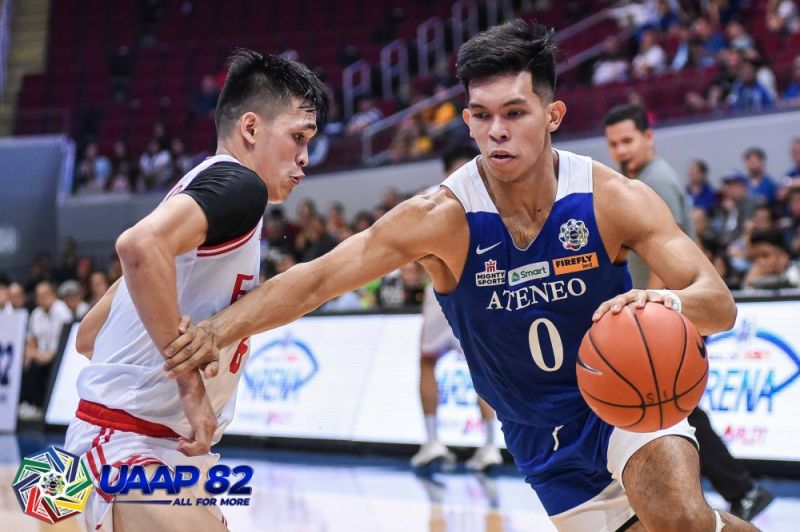 TAB’s ADVICE. Thirdy Ravena said the advice of his former coach at Ateneo, Tab Baldwin, helped him come to the decision to play in Japan. (UAAP)

ATENEO superstar Thirdy Ravena bared that the decision on whether to play in Japan’s B. League weighed heavily on him and a talk with one person gave him a lot of clarity about his future.

That person was his former coach at the Ateneo Blue Eagles, Tab Baldwin.

After getting several offers from other leagues in different countries, Ravena decided to play for the San-en NeoPhoenix in Japan, becoming the very first Filipino to play in that league.

In an online video conference where he talked about his impending move to Japan, Ravena disclosed that he had been consulting with Baldwin about his next step in basketball after the Blue Eagles won the 2019 UAAP title and he claimed his third UAAP Finals Most Valuable Player award.

Ravena said Baldwin’s international experience helped him out a lot.

“Honestly, he has given me advice ever since the season ended. He knew which direction I was heading to. A lot of advice coming from his end. Honestly, I wouldn’t know where I would be without him. With coach Tab, he was very honest with me. He told me which my mistakes were,” Ravena said.

Ravena also said that Baldwin reminded him to represent himself and the rest of the country well in the foreign environment that he will be playing in.

“His advice to me was just to represent, just like my brother. You just realize that you are bringing in Filipinos with you wherever you are going. Just make sure that you do your job really well in helping the organization.” (JNP)