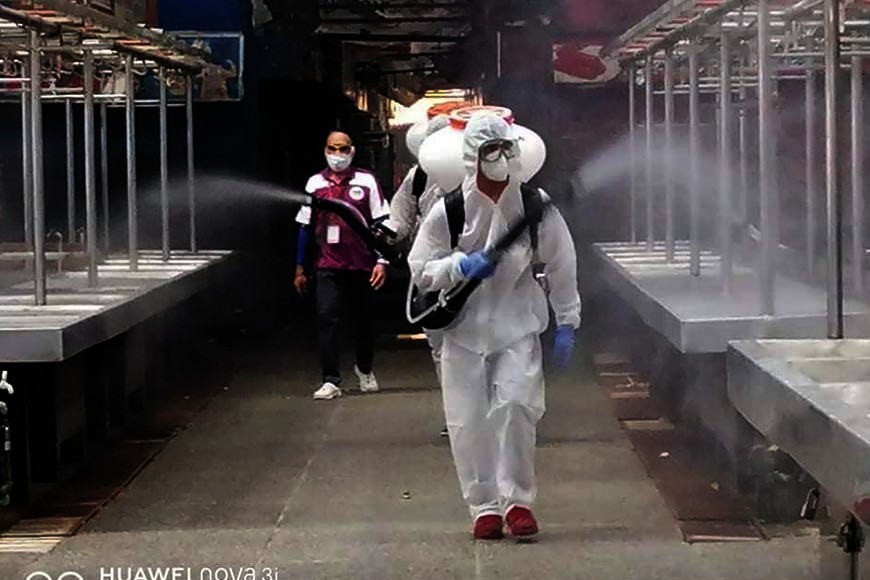 DISINFECTION. Personnel from the City Government of Angeles City disinfect the Pampang Public Market after a vendor died due to Covid-19. (Photo courtesy of the Angeles City Information Office)

MAGALANG -- The management of the town's public market has enforced strict safety protocols after the Pampang Public Market in nearby Angeles City, where a vendor died of Covid-19, had temporarily shut down.

Under the directives of the local government, the public market "implemented minimum health standards and other precautionary measures" following the Pampang public market's closure on June 24.

Mayor Romy Pecson called on a meeting among the town's department heads and discussed the anticipated influx of buyers at the Magalang Public Market while the public market in Angeles City is closed.

The market supervisor, chief of police, Municipal Planning and Development officer, Public Order and Safety officer, and other officials attended the meeting.

"The officials agreed to strictly implement the minimum health standards in our public markets with help of the Municipal Anti Drug Abuse Council and the Magalang Philippine National Police (PNP)," the municipal government stated.

Temperature checks and handwashing/sanitizing will be required to marketgoers before entering the public market.

The local government will also enforce social distancing and wearing of face masks inside the public market.

Under the modified general community quarantine, the local government clarified that it is now allowed to enforce lockdown without the approval of the regional and national Inter-Agency Task Force for the Management of Emerging Infectious Diseases.