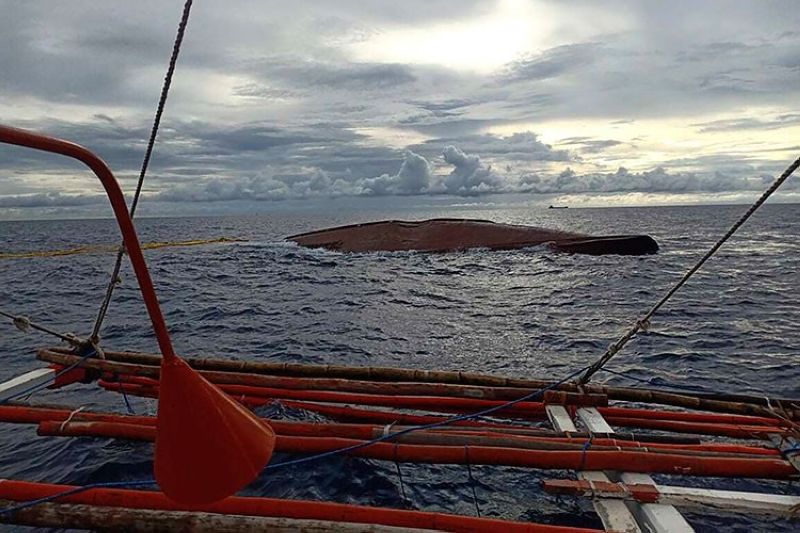 MINDORO. This June 28, 2020, photo provided by the Philippine Coast Guard, shows the remains of the FV Liberty 5 along the waters off Mamburao town in Mindoro Occidental province, south of Manila, Philippines. (AP)

It was not immediately clear if the fishing boat sank and the search for its occupants was being hampered by strong waves, officials said.

The PCG said the cargo vessel M/V Vienna Wood collided with the FV Liberty 5 for unclear reasons after midnight in the early morning hours of Sunday about 27 kilometers (17 miles) off Mamburao town in Mindoro Occidental province south of the capital, Manila.

A coast guard light plane and a helicopter joined the search Monday for the 12 fishermen and two passengers on board the Liberty 5, coast guard spokesman Armando Balilo said.

The fishing boat had been heading for metropolitan Manila when the collision happened.

The Hong Kong-flagged cargo vessel, which first reported the collision, was being escorted by a PCG vessel to nearby Batangas province, the coast guard said.

The vessel with 20 crew on board was not carrying any cargo at the time of the collision. It had been en route to Australia. (AP)