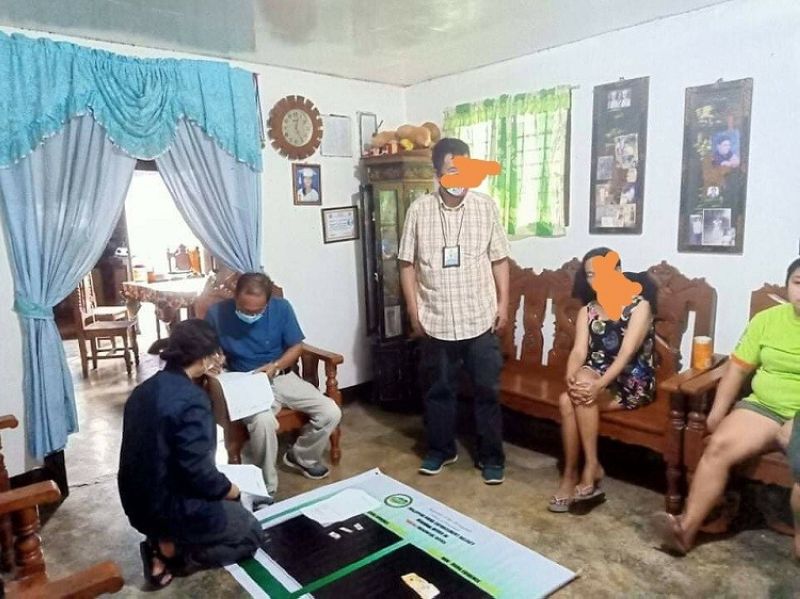 ARRESTED. A mother and daughter were arrested by agents of PDEA-Central Luzon for selling methamphetamine hydrochloride or shabu in a buy-bust operation in Barangay Cut-cut, Tarlac City. (Photo by PDEA-Central Luzon)

CITY OF SAN FERNANDO -- A mother and daughter were arrested by agents of the Philippine Drug Enforcement Agency (Pdea)-Central Luzon for selling suspected methamphetamine hydrochloride or shabu in a buy-bust operation in Tarlac City over the weekend.

PDEA-Central Luzon Regional Director Christian Frivaldo identified the suspects as Lorna G. Simon, 50; and Ivy G. Simon, 25, both residents of Barangay Cut-cut, Tarlac City. Both are listed on the target list of the agency.

Frivaldo said Pdea had been monitoring the suspects’ illegal activities since March 2020 until their arrest.

The sting yielded five grams of shabu with an estimated street value of P34,000 and the buy-bust money.

The suspects are now detained at PDEA Jail Facility, Diosdado Macapagal Government Center, Barangay Maimpis, City of San Fernando, Pampanga. Violation of the Comprehensive Dangerous Drugs Act of 2002 is being readied for filing in court.