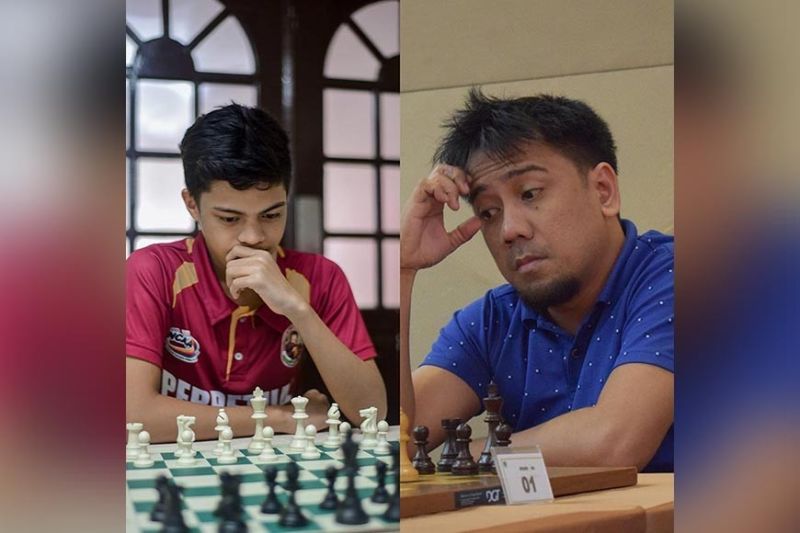 DAVAO. Ronald Canino of Misamis Oriental/Cagayan de Oro and international master (IM) Oliver Dimakiling of Davao All Stars lead their respective teams at the close of the first Davao All Stars Vs MisOr/CDO Chess Goodwill Match held over the weekend via lichess.org. (Photo grabbed from Ronald Canino and Gilbert Castro Pascua's Facebook accounts)

RONALD Canino made 15 points in regular board standard play to lead Misamis Oriental/Cagayan de Oro team capture the title of the first Davao All Stars Vs MisOr/CDO Chess Goodwill Match held over the weekend via lichess.org.

It was the sixth goodwill duel between two teams. The past five years were face to face encounters.

MisOr/CDO garnered a total of 398 points over Davao All Stars' 354 in the two-day chess competition that also featured Random Chess960 battle on the first day held Saturday, June 27. Standard chess was played on June 28, Sunday.

National Chess Federation of the Philippines (NCFP) regional director James Infiesto, who played for Davao All Stars in the executives event, said, "In the match of the regular boards, it was evenly fought with Davao advantage of six points but in the executive, CDO prevailed with 50 points ahead."

In Random Chess960, MisOr/CDO managed a four-point advantage over Davao All Stars, 192-188, but Dabawenyo Dimakiling topped the event with 17 points.

Infiesto noted, "Four points is almost negligible in the arena battle of 10 players per division with time duration of 90 mins and time control of 3 mins + 2 increment." Yet, MisOr/CDO chessers only widened their lead.

The next online goodwill tournament between the two teams will resume next month and will be hosted by MisOr/CDO.