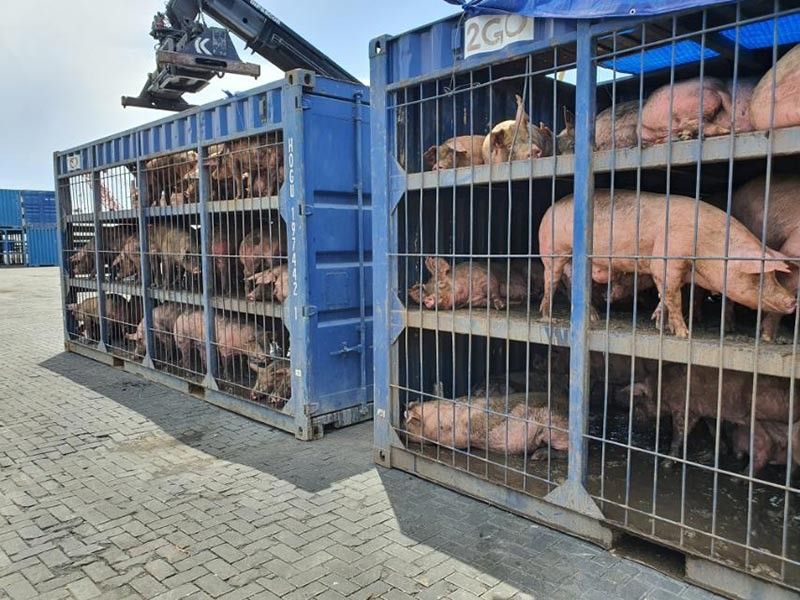 Hog Farmers Association of Davao Inc. (Hogfadi) Eduardo So said they have sent about 765 heads of live hogs and 15 metric tons (MT) of frozen pork meat early this June.

This is part of the commitment made by hog farmers in Davao Region to send about 500 MT of their surplus pigs to Metro Manila and areas in Luzon that were greatly affected by the African Swine Fever (ASF).

The commitment aims to ease the oversupply of hogs in Mindanao and stabilize hog prices in Luzon.

However, So said there is no schedule yet when to send the next batch due to challenges in logistics.

So said the facility used to deliver the first batch of live pigs were owned by the private shipping companies.

"Second, magpadala ta og truck. In fact, ang uban, mag biyahe by land pa-Manila (We are also hoping that we can send more hogs in Luzon by land as some hog farmers have done it)," he added.

So said sending frozen meat will continue and be pushed although the market still prefers fresh pork meat.

He, however, is optimistic that these initial efforts will help hog raisers in Davao Region make the most of their excess hogs and establish a market in the Luzon area.

He added this will also encourage the government to promote the consumption of local produce.

"Importante, mabawasan ang atong supply diri ug dili mag sige og ingon ang DA (Department of Agriculture) nga sige tag import (The important thing is that we can ease our oversupply here and we will no longer import pork from other countries)," he said.

So also clarified that the latest reported case of ASF in Bansalan, Davao del Sur has not affected the perception of their intended pork buyers so far.

He said they are targeting to sustain the trade in the next two years.

gihapon ta mag ingat kay naay ta'y Covid-19 (novel coronavirus) ug ASF (We are hoping that we can sustain the supply of pork but we should continue to be cautious because of Covid-19 and ASF)," he said.