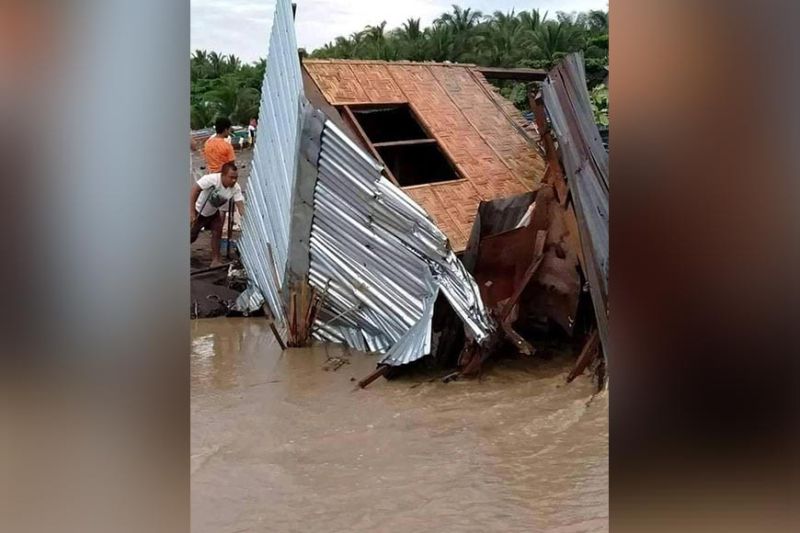 A continuous heavy downpour hit the entire province of Davao del Sur since Sunday afternoon, leaving Digos City severely affected after a portion of the dike around Caños River was also damaged.

Houses in Barangays Ruparan, Igpit, Dawis, Sinawilan, Barangay Zone 1, Cogon, Aplaya, and Kapatagan were affected by neck-deep floodwater, which swept most of the residents' belongings.

In an initial CDRRMC report, 301 families are temporarily housed in evacuation centers.

Miralles, however, bared there was no injury or casualty reported due to the massive flooding that gravely affected low-lying areas in the city.

A social media post showed Claom family sleeping atop their roof after floodwaters entered their house.

Some motorists were also stranded as the bridge and highway were impassable.

Cagas, for his part, ordered the immediate distribution of relief assistance to the flood victims including blankets and mats, among others.

He also ordered residents situated along riverbanks to voluntarily vacate their homes amid the bad weather condition that the city is experiencing.

The Philippine Atmospheric, Geophysical and Astronomical Services Administration said in an advisory that parts of Davao Region will continue to experience localized thunderstorms that would bring in heavy rains that started since June 27.