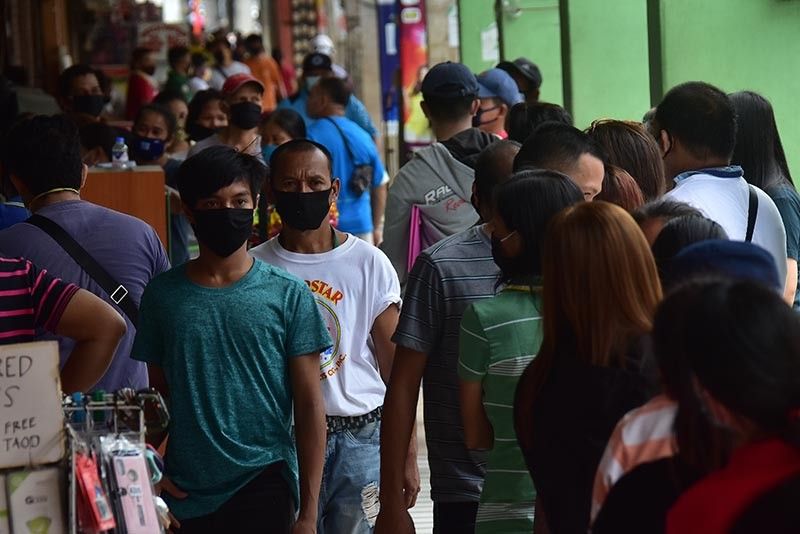 "Kung karon ang basehan nato, OK lang. Pero dapat siya i-assess after two weeks because on an MGCQ, mas daghan na ang mugawas ana kay very relaxed na ang [quarantine guidelines] (If we are to base the city's current situation, I think it is OK. But it should be reassessed after two weeks because under MGCQ, more people are now allowed to go out because of its relaxed quarantine guidelines)," Duterte-Carpio said on Monday, June 29, in a radio interview via state-owned 87.5 Davao City Disaster Radio.

The mayor also pointed out that the Covid-19 situation in the city is "still manageable."

She bared this after Presidential Spokesperson Harry Roque announced on the same day that local government units (LGUs) are now given the opportunity to appeal on the quarantine status set by the Inter-Agency Task Force on Emerging Infectious Diseases (IATF-EID).

Roque, in a press briefer, said the IATF and President Rodrigo Duterte are set to announce the update quarantine status of LGUs on Tuesday, June 30.

Duterte-Carpio, during the interview, refrained from discussing the city's quarantine status beginning July 1 although she said she is already aware of it.

Regardless of the city's quarantine status, the mayor said that regulation on the movement of people will still be imposed to prevent the spread of the virus.

Duterte-Carpio said that since May 16, when the city was placed under general community quarantine (GCQ), they are already anticipating a surge of Covid-19 cases in the city, following the resumption of work in some offices and business establishments, and the resumption of some mass transportation on land, sea, and air travels.

This was the reason why the Civil Aviation Authority of the Philippines (Caap) approved the City Government's request for additional domestic flights.

The mayor excluded returning locally stranded individuals (LSIs) and overseas Filipino workers (OFWs) in her assessment. OFWs and LSIs are being assisted by the national government through the Hatid Probinsya.

She said that based on the recent update she received, there were already five positive Covid-19 cases from these Hatid Probinsya passengers. But she said the numbers might have changed as of press time.

The mayor, however, said the City will not prevent any Hatid Probinsya passengers from coming to the city, especially those coming from Metro Manila because the city is still capable of handling them upon arrival.

In case there would be a surge in Covid-19 cases in the city, the mayor said she is not proposing another border lockdown in the city.

"Because sa pagkakaron, naglisod naman gani ang tao og lihok, mag-worsen hinuon ilang situation if atong sarad-an ato siyudad (As you can see that people are already having a hard time in our current movement restriction, how much more when we close our borders)?" Duterte-Carpio said, pointing out that things will not go back to normal unless a vaccine or medicine for Covid-19 is made available.

She added there is a need to improve the city's case management, which would respond to the current health and socio-economical situation of the people.

She said people should learn to adapt to the "new normal" while the city is under GCQ.