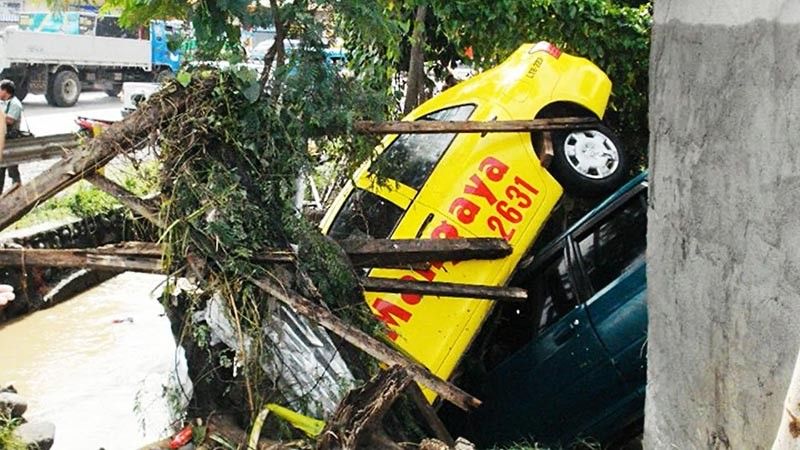 AMID the coronavirus disease (Covid-19) pandemic, the City Government of Davao commemorated the ninth anniversary of the Matina flashflood, which had changed the city's response mechanism in times of disasters and calamities.

The City Government, led by Davao City Mayor Sara Duterte-Carpio, had a simple commemoration ceremony of the city's deadliest flood that claimed some 30 lives and displaced around 3,000 families.

Unlike in previous years, only the mayor, along with some high-ranking city officials, attended the commemoration.

"Ginabuhat nato ning (We are doing this annual) memorial because we wanted to pray for the souls of those who died and to highlight the importance of early evacuation, and the call of the government to evacuate," Duterte-Carpio said.

She also said the flashflood incident is also a lesson learned for everyone to always heed with the local government's calls for immediate evacuation when there is a calamity.

The Matina flashflood commemoration also coincided with the flashflood in Digos City, Davao del Sur on June 28. The city sympathized with the affected families.

The mayor said it is a "sad day" that the two events coincided.

"Our thoughts and prayers to the people of Digos City who were affected by the Sunday night flood," Duterte-Carpio said.

Some 300 families fled from their flooded homes after Caños River overflowed on Sunday, June 28.