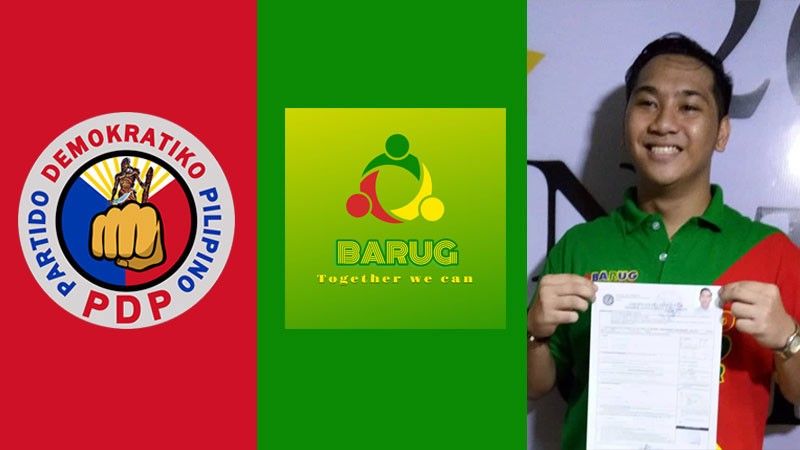 [1] THE HUGE CEBU CITY ECQ PASS. Several times larger than the ID size, the new passes were being distributed among selected households with the instruction, "Have it laminated and hang it around your neck." How would anyone look with that kind of a pass? Diminutive Cebuanos are already complaining. Some are poking fun at it by reproducing the pass on the front of t-shirts.

That, on top of the complaints that not every household was getting a pass and many families in a cluster or group have to share one ID. Past lapses are repeated but most people no longer shout out, not as loudly as the first time, or risk being called stubborn.

[2] WHAT'S NEXT FOR CEBU CITY. The betting is on extension of the ECQ status because (a) the changes president's envoy Roy Cimatu had made still have to show results, and (b) the word from his people hints of another 15 days, from July 1 to 15.

Gerard Binghay Carillo, son of former Cebu City councilor Gerardo Carillo. Gerard placed #11 in the 2019 elections but was the Partido Barug bet closest to the tail-ender (#8), skipping over Roberto Cabarrubias, #9 and Atty. Marie Velle "Amay" Abella, #10. Cabarubbias belongs to the rival party BOPK, while Amay was also BOPK who died of an illness, at 37, last May 26. Gerard could be Tony's replacement, the logic being his standing in the last elections.

Or Tony's successor could be someone from the Cuenco political clan, which has two sons as former councilors, his wife as former congresswoman, and his brother as OIC mayor.

Or anyone else nominated, technically, by the highest official of PDP-Laban, the national party under which all Partido Barug bets ran in the last local elections. Listed as president since May 2016 is Sen. Aquilino "Koko" Pimentel.

Not a matter of legal right

Gerard Carillo cannot demand as a matter of legal right the vacated position. The rule on rising in rank as next highest councilor applies only in succession for the seat of mayor and vice mayor.

Succession in the ranks of councilor is basically the call of the party leadership, or under the procedure adopted by Partido Barug for picking the replacement.

Cuenco and other Barug candidates locally carried the banner of PDP-Laban, just as BOPK candidates used LDP in their nomination papers. It is PDP-Laban's name that appears in Cuenco's certificate of candidacy.

This happened before, with the local party recommending to the national party the successor to the deceased or dismissed councilor.

The local party is routinely given the right by the national party to pick the successor.

Who picks: Edgar or Mike?

The corollary and interesting question is who decides in Barug: Mayor Edgardo Labella, the titular head, or Vice Mayor Mike Rama, the founder of Barug?

With the undeclared rivalry between the two top officials, which occasionally erupts, Rama is expected to approve the choice of successor if he cannot solely make the choice. Or a consensus among party leaders may be gathered to avoid an internal squabble. Giving the slot to one of Cuenco's heirs would be a way out.

Section 45, (a) (1) of the Local Governmen Code says the president, through the executive secretary, shall appoint the successor to fill a permanently vacant post in the City Council of a highly urbanized city like Cebu City.

Tony's successor, under subsection (b) of the said article, shall come from the same political party under which Cuenco ran and won and shall serve the unexpired term of the vacant office.