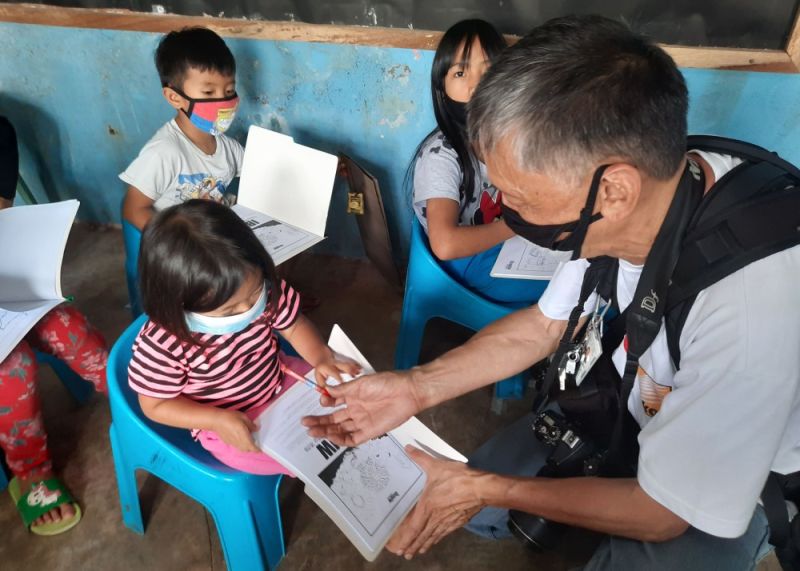 ARTIST Karlo Marko Altomonte resurrects the Ibagiw spirit in a coloring book series for children in a bid to cushion restrictions of the community quarantines.

The coloring book is a project born after a mother requested the group if there was any projects for children who have been forced to stay indoors since the quarantines began.

"The aim is to be able to provide children, particularly the underprivileged, with a means to express themselves, stimulate creativity and help improve their psychological and emotional well-being during these trying times," Alotmonte said, adding children have been restricted from leaving their homes and even as Baguio, along with neighboring areas in Benguet, gradually transition to general community quarantine, and senior citizens and minors have been allowed to access parks and other areas every Sunday, it seems that restrictions on movement for minors will remain for a while longer.

The kit has 18 pages featuring paintings, illustrations and photographs that have been re-rendered into line drawings for coloring with the artworks, rooted in local culture, captioned with informative literature and instructions for various creative activities.

Ibagiw was the title of the 2019 staging of the Baguio Creative City Festival and after learning that the Council for Baguio Creative City decided to drop the name as the title for the annual creative city festival, Altomonte and other artists decided to preserve the strong sense of community among the artists that was forged during the 2019 staging and keep the flame burning by using it as the name of the new project-driven collaborative effort of artists -- Ibagiw Art Projects.

The production and distribution of the coloring and activity sheets is its maiden initiative with copies distributed for free.

The kits are currently being distributed to communities in the city and neighboring towns with short lessons on how to small kids use coloring materials which are included in the coloring pack put together by volunteers and friends.

"We then made the initiative public via social media and private messages to friends. The kits include, along with the coloring and activity sheets bound in a slide folder, a box of crayons or colored pencils, a pencil, a sharpener and extra sheets of paper for children to draw on," Altamonte added.

Altomonte said with limited resources, they could only commit to a certain number of copies in certain areas.

"In identifying the initial beneficiaries of this initiative, we relied on our personal networks and random requests from barangay officials/volunteers and other institutions online. To date, we have distributed dozens of copies each to communities in Itogon and Baguio. In the coming days, more are earmarked for distribution in various neighborhoods in Baguio, Tuba and La Trinidad," he added.

Last year, the Ibagiw festival had an exhibition of 12 commissioned murals with the theme Re-imagining Baguio and the original concept was to turn the murals into line drawings.

"We re-rendered the commissioned works into line drawings and made it available online for parents to download and print, but we also realized that some of the murals featured subjects that may be difficult for young minds to relate to and others have very intricate details that could prove too challenging for younger children to color in. We were only able to select three out of the 12 commissioned works that would be appropriate for the project, so we approached more artists to contribute more age-appropriate artworks," Altomonte said.

Altomonte, with the artists, plans to continue producing the kits for as long and as far our resources and contributions from friends in the community allow.

For more information or if you wish to be part of this initiative, you may send us a message thru Facebook.com/ibagiw.art or email karlomarko.altomonte @gmail.com.