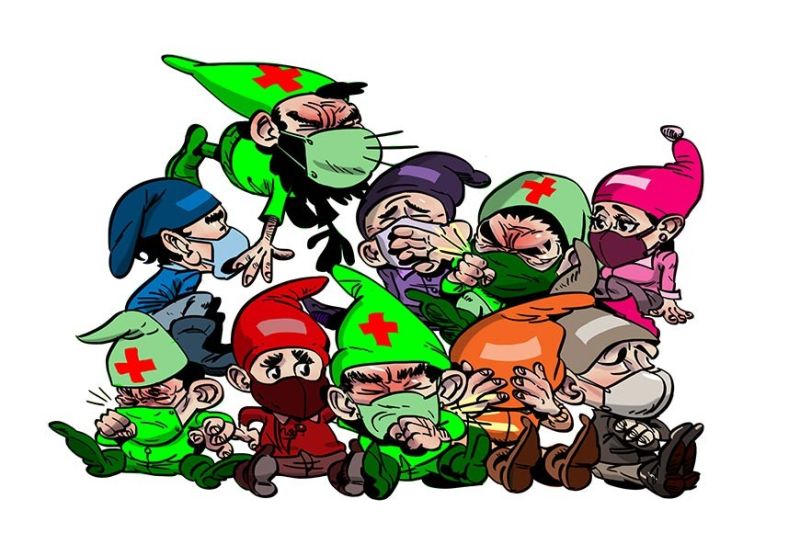 LAST week, the Department of Health report said that from June 16 to 24, Cebu had a “positivity rate” of 32.8 percent, way higher than the NCR and national rates, which are 7.2 and 6.8 percent, respectively.

A positivity rate of 32.8 would mean that there are about four in every 10 people tested who turned out infected of the severe acute respiratory syndrome coronavirus (Sars-CoV-2), the causative agent for Covid-19.

The World Health Organization uses the positivity rate index as a way to measure whether a community has been able to sufficiently track the cases or not. A high figure is a sign that there are many more cases that have not been found yet.

“If 80-90 percent of the people tested positive, you are probably missing a lot of cases,” said Michael Ryan, executive director of the WHO Health Emergencies Program. The WHO has set an acceptable threshold of 10 percent.

“We would certainly like to see countries testing at the level of 10 negative tests to one positive, as a general benchmark of a system that’s doing enough testing to pick up all cases,” Ryan said.

More positives means that swabbing was done mainly to confirm the obvious cases only, and therefore authorities are not getting the full scope of the epidemic in the community.

On the ground, this could mean that Cebu is mostly testing only individuals subjected to contact tracing or that swabbing was primarily done only in targeted hot spots, and thus the high percentage of positives.

Ryan said that in countries where expansive testing had been done, fewer than 12 percent of their tests are negative.

The DOH record showed that NCR, within the June 16-24 period, was able to conduct 9,877 tests per day. NCR is composed of many cities and has many accredited testing centers. Cebu, on the other hand, was able to test 644 per day.

This is where Cebu’s weakest links lie in its fight against Covid-19. All along, it had been fighting the pandemic with blurred vision because it had not extensively tested its populace. A good number of cases are still out there, possibly tucked in the dark in their steamy “tuob” or sauntering clueless in the communities.

We can recall the dismal turnout of volunteers during the tri-city rapid antibody test program in May. The highly-urbanized cities of Cebu, Mandaue and Lapu-Lapu had extended for days the supposedly massive rapid test program because it failed to collect even half of the target samples within the supposed period of a week.

DOH Central Visayas Chief Pathologist Dr. Mary Jean Loreche said the program, in its first six days, was only able to gather around 14,747 samples as of May 12. It was only 37.27 percent of the target sample size of 39,546.

No doubt, that was yet again another of the blunders and missed opportunities for Cebu to properly pin down the pandemic. And yet, advancing half-blind, local officials pushed for a more relaxed quarantine, providing another fertile ground for the virus to spread like wildfire.

It was a series of wrong calls made worse by an official mindset of promoting complacency by preposterously emphasizing on low death rates and low turnout of asymptomatic cases, simply all the wrong gauge for policy directions especially in an unusual case like the Covid-19 pandemic.