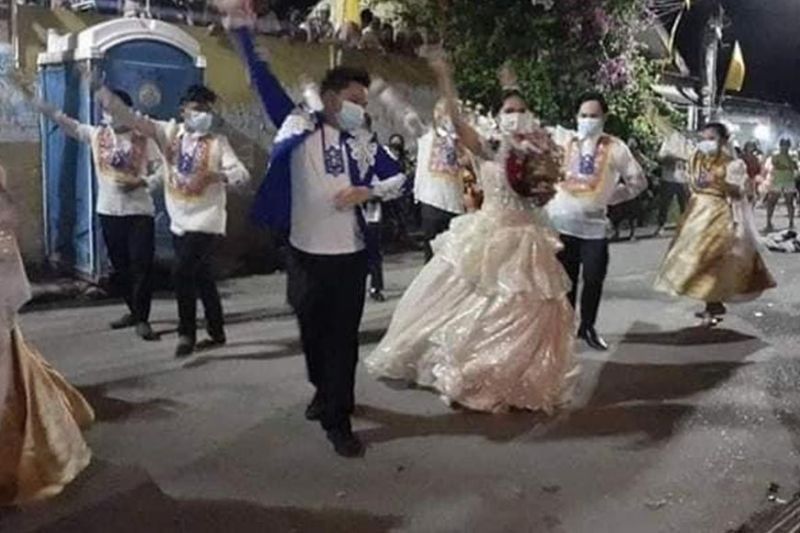 THE barangay captain of Basak San Nicolas has been given 48 hours by the Department of the Interior and Local Government (DILG) to face and answer the show cause order on the controversial procession and Sinulog dance in celebration of one of the sitios’ annual fiesta.

“The directive from RD Trovela was to issue a show cause order for Capt. Navarro to explain his side and he was given 48 hours from receipt and his reply will be submitted to our office regarding the procession and Sinulog dance on June 27,” said Lucero.

The head of DILG Cebu City said the show cause order was sent to Navarro as he is the head of the barangay, while the Criminal Investigation and Detection Group (CIDG) is investigating the organizers.

Lucero said: “We sent him the show cause order as the father of the barangay. He must be aware of what is happening in his area especially now that we are in a state of public health emergency.”

He added: “We have to abide by the directives, policies that are implemented by the national IATF and all the rules related to the pandemic that are needed to be enforced and strictly complied with the provisions of omnibus guidelines in the implementation of community quarantine in the Philippines and to the national law under RA 11332.”

Labella said: “Much that I don’t want to offend the religious sensibilities of the faithful, we have an existing prohibition from the IATF to prohibit mass gathering and strict observance of social and physical distancing. I am directing City Attorney Rey Gealon to conduct an investigation on this matter.”

Gealon also sent a show cause order to Navarro to explain the incident.

“It is apparent from the occurrence that the barangay has been too complacent in implementing the clear mandate of the law and has been negligent in its duty to enforce the Executive Order,” stated the show cause order of the City Legal Office.

Mass gatherings including fiestas are strictly prohibited by the government under the guidelines of the Inter-Agency Task Force during the enhanced community quarantine.

Meanwhile, Navarro was disappointed that he is one of the 14 people who will be charged with a criminal case and a police admission as soon as possible.

According to Navarro, he was just doing what was needed to be done as a barangay captain together with his council.

He admitted that he made the mistake of allowing organizers to hold a procession during the annual fiesta of Sitio Alumnos.

“Of course, I was disappointed because we work hard, and that was my only mistake, allowing them to push through with the procession because for me, there’s nothing wrong with doing our religious activities,” he said.

Navarro said the only evidence he has is his conversation with the organizer via text wherein he allowed the process but only to load the statues of saints onto a car without people joining.

He said: “I had a conversation with the organizer via text message. He asked me if they could organize a mass for the annual fiesta in the said sitio, but I did not approve.”

Navarro added that even the priest requested if they could hold a mass but he declined his request, as part of the safety measures to prevent the spread of Covid-19.

The organizer, Nicolas Tabar, texted the barangay captain again to request for the last time if they could hold a procession. Navarro agreed as long as the statues of the patrons would be loaded onto a car and no one was allowed to join the procession.

Navarro said he also sent barangay tanods to help the procession be more organized and to make sure that the people who were waiting for the procession in their respective homes would observe social distancing.

However, Navarro was shocked when he found out that there were street dancers in front of the church. He said he did not approve of it because it was not part of what they agreed on.

Navarro summoned the organizers and the participants to the barangay hall on Monday night, June 29, to investigate the controversial incident.

Navarro will be charged with a criminal case, while an administrative case will be filed against the organizers and the participants of the event by the Philippine National Office.

Navarro asked all Basaknons to follow the protocol to help flatten the curve in this crisis the world is facing. (PAC, BBT, AYB / MMC)