From serving the military to bringing joy to children 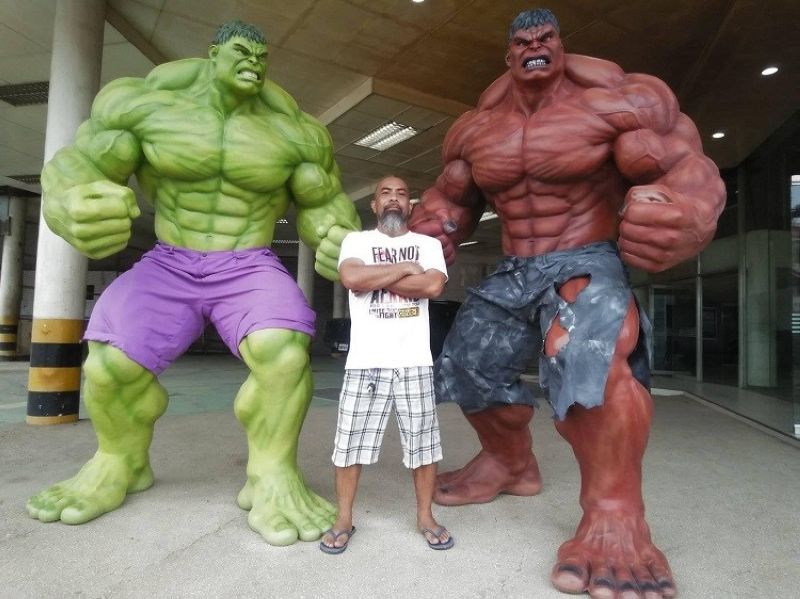 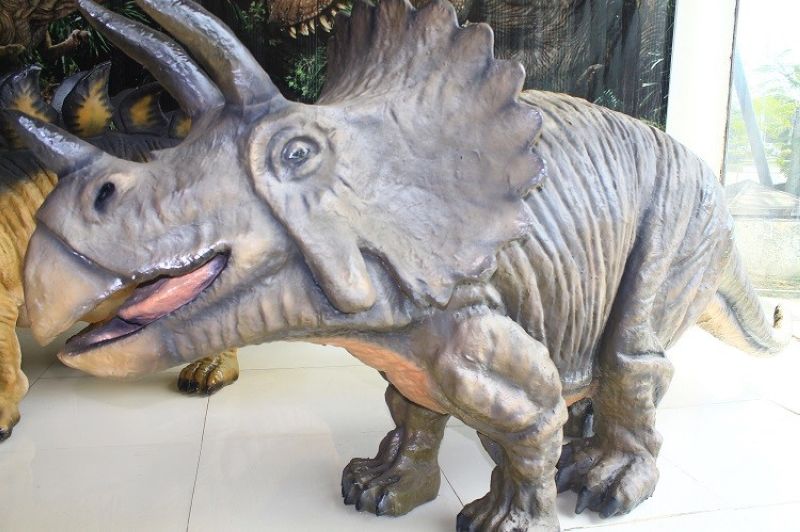 A FORMER worker for the military outside the country for 14 years, with hands that used to work on gadgets and car bulletproofing during the time of war. Now, the same hands create delicate yet durable statues of cartoon characters and superheroes idolized by children.

Setting aside his life of being a part of the military and applying his exceptional working experiences and skills in making life-size statues and modifying cars, Demver Morales now owns a car modification and statue-making business called "Southside Kustomz Fiberglass."

He has also recently opened a showroom for his around 40 life-size statues of superheroes like Hulk, Superman, Deadpool, Batman, among others; cartoons characters such as Elsa, Olaf, Mickey Mouse, etc., and animals like a tiger that looks like a bench for sitting and ferocious-looking dinosaurs.

When asked why he decided to open his showroom despite the ongoing problem in the economy due to the pandemic, Morales said that the opening has been pending for two and a half months.

When he saw a gradual increase in people stepping out of their homes due to Cagayan de Oro being under modified general community quarantine, Morales said that's when he decided to push through with the opening of the showroom.

The showroom is located at the Old Toyota Building along Kauswagan highway, this city, and is spacious enough for 40 life-size statues, tables and chairs for clients; at the same time, it can maintain the social/physical distancing required in all businesses.

Years in the military

Morales started working in Abu Dhabi back in 2005 where he did car repairs and bulletproofing for the army. Two years later, he was sent to Dubai and in 2010 to Afghanistan. He was the contract administrator for the International Security Assistance Force, Australian Defence Force, Danish Military, and the British Armed Forces.

During the war in Afghanistan, Morales said that aside from his usual job of bulletproofing and repairs, he also helped the army with the construction supplies, stationery, training and manpower supply vehicles.

They also supplied the soldiers with gadgets they needed during the war.

He recalled that the area where he was staying then had been at the receiving end of three to five rocket attacks a day, which caused several deaths in 2010.

It was in 2014, three years after Osama bin Laden was killed in Pakistan, that Morales stopped working in Afghanistan and went back home here in the Philippines.

He tried opening various businesses and even worked for the Department of Education. However, he once again worked abroad in 2016 after he got accepted for a job in Somalia.

He spent a year working in the military in Somalia, still doing the same work he did before and came back to the Philippines in July 2018.

Morales, at present, is living his childhood dream of having his own house, a car, a family with his wife and two children, and putting up his own business.