Oro's chess execs 'too hot' to handle for Davao All Stars 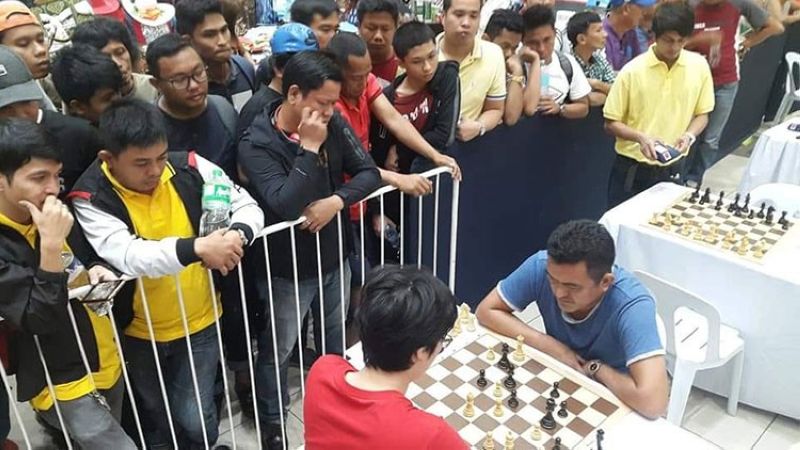 CAGAYAN DE ORO. Barring unforeseen glitches, it will be the CdeO-MisOr's turn to host the rematch of the goodwill chess team online battle next month against the Davao All Stars. (Lynde Salgados)

CAGAYAN de Oro-Misamis Oriental chess team shrugged off a slow start with steady composure in the final leg to rout Davao All-Stars, 398-354, in their 6th Goodwill Match and first online that ended on Sunday, June 28, 2020, via lichess.org site.

Fielding 10 regular boards and 10 executives for each team, CdeO-MisOr got precious gems from their executives as the team’s scoring machine since day one of the two-day straight battle.

The regular boards faltered to Davao’s elite, 89-101, in the opener but their executives saved the day by finishing a 103-87 win to give CdeO-MisOr a narrow 4-point lead at the close of the first leg on Saturday, June 27, which was played all through chess 960 or Fischer random blitz.

The Dabawenyos could not find an answer the following day in the standard blitz match, losing both in the regular and executive boards.

CdeO-MisOr’s executives continued the rampage with a 111-77 demolition, while the regular boards rebounded by pulling off a close 95-89 triumph on Sunday's final leg.

The online match is not counted in the lifetime matches as the previous goodwill games were done over the boards. This was cleared during the opening ceremonies through live video chat via Zoom.

The lifetime score between the two regions remains at 2.5-all. (With JJF reports)