EXPLAINER: Why Cebu City is highly likely to keep ECQ status for July 1 to 15. Plus bit of good news from UP forecast. 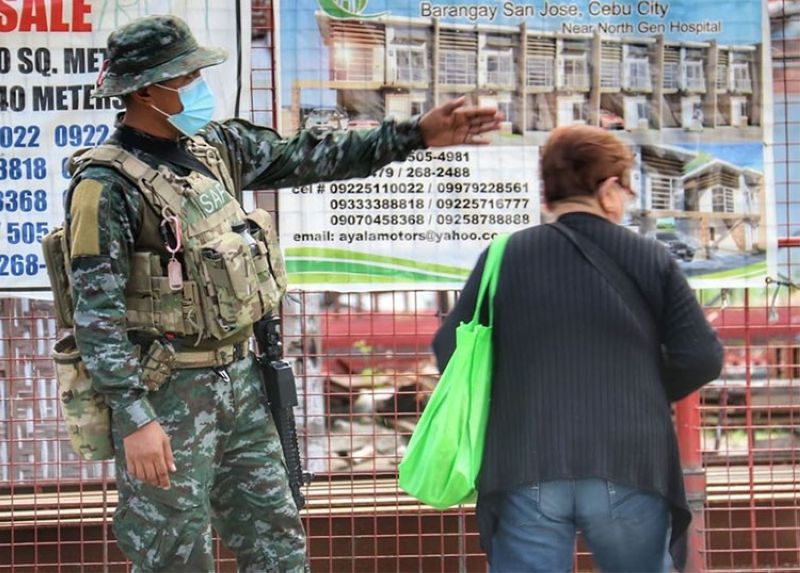 (2) University of the Philippines Forecast Report #11 dated June 29, based on data of June 25, says the rate of transmission remains high.

FIGURES AND WARNING. The numbers in Cebu affect the public health statistics on Covid-19 in the entire county. The UP report says the current situation in Cebu is reflected in the "positivity rate" of new cases in the Philippines in the past two weeks. The surge of infections in Cebu is what has increased the total in the country, by 50 per cent from one period to the next, since the eruption of the crisis, UP says.

The Inter-Agency Task Force on Management of Emerging Diseases (IATF-MEID) may heed UP's warning. And what Galvez has noted: the increase of critical care shown in the "overflow at hospitals," along with a surge of cases in Cebu City spanning two to three weeks, "similar to that experienced in NCR during the March till mid-April period." Plus: the comment through an adviser of Roy Cimatu, the overseer President Rodrigo Duterte sent to Cebu, that the total lockdown just imposed in at least 12 barangays in Cebu City still had to show results.

Thus the heavy betting is on a continued ECQ for at least another 15 days starting July 1.

CONDITION FOR PROJECTION. The condition in the June 29 UP forecast of new cases and deaths is specific about the continued enforcement of an enhanced quarantine.

That, plus this requirement: "rapidly identifying and breaking chains of viral transmission" to stop or lower the projected number of illnesses and casualties.

WHAT STILL BUGS CEBUANOS. Many Cebu residents brace for continued, even tougher quarantine times ahead. They want to know however:

[1] If the IATF -- and its adjuncts such as the National Task Force, the Regional Task Force, along with its national implementer and Cebu overseer -- considers Cebu province separately from Cebu City. Some of their officials and advisers appear to confuse the province with the city in assessing the "lack of coordination, politics, and mistruths" that they largely blame for the local fiasco. The UP panel seems to consider the entire island of Cebu in its study and projections, despite the insistence of Gov. Gwen Garcia that the two LGUs be considered separately.

[2] Whether Cimatu has already harmonized the data on cases, deaths and recoveries that come from Department of Health and the health departments of local governments, as well as health centers, clinics and hospitals. Since the national government distrusts the numbers, the system of collecting and reporting data must be corrected and improved.

The same demand for openness and trustworthiness in the release of data to the public is made for the situation in critical hospital care: the hospitals association must vouch for accuracy of numbers. City Hall has been clashing with other sources on the rates of occupancy on hospitals, clinics and quarantine centers.

[3] What changes IATF, through Galvez and Cimatu or the regional task force, has made, to show that it was breach of health protocols that actually caused the surge of new cases. Or was the Cebuanos' alleged stubbornness just made the scapegoat for wrong strategies primarily dictated by Manila?