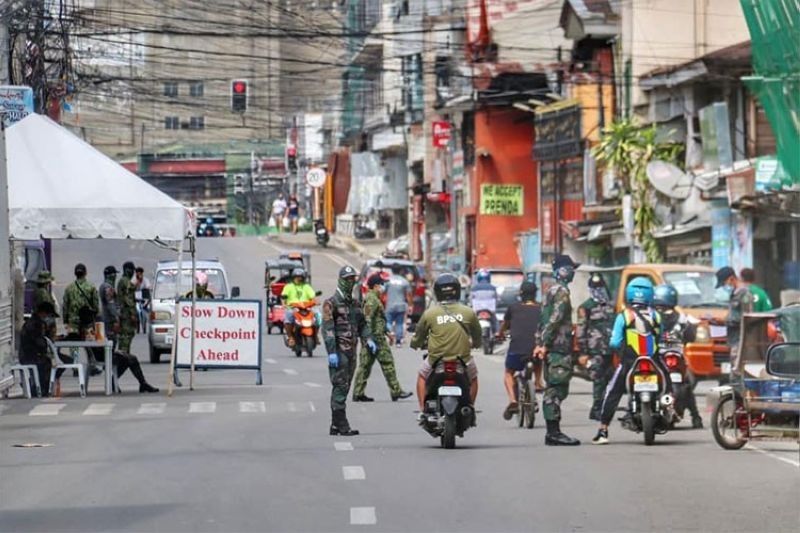 (UPDATED) After a week of assessing the coronavirus epidemic in Cebu City, Secretary Roy Cimatu said Tuesday, June 30, 2020, that he is recommending an extension of the enhanced community quarantine (ECQ) and the continued implementation of granular lockdowns even after cases of infection slow down.

Cimatu, overseer of the government’s Covid-19 response in Cebu, said the granular (sitio or barangay-level) lockdowns would be implemented in areas with high incidence of coronavirus disease 2019 (Covid-19).

Presidential Spokesperson Harry Roque also said the Inter-Agency Task Force for the Management of Emerging Infectious Diseases (IATF) agreed during their meeting Monday to undertake the following in Cebu City:

To harmonize all sectors, Roque said an organization similar to the Metro Manila Development Authority will be created.

He stressed the need to set aside politics, which has been identified as one of the reasons for the worsening Covid-19 situation in the city.

A non-Covid dialysis center will also be established to cater to dialysis patients.

The Department of Health (DOH) has started hiring additional healthcare workers to augment the staff at private hospitals, which have been overwhelmed by the increasing number of patients.

The city’s largest private hospitals have expanded their capacity to accommodate Covid-19 patients but with the increase in cases, DOH officials said critical care utilization rate is nearing the critical level.

DOH has also called on doctors under the Doctors to the Barrios Program to volunteer for deployment to Cebu City.

The Armed Forces of the Philippines sent a medical team composed of nine doctors, 10 nurses and 13 medical aides.

Cimatu, for his part, said the Cebu City Government on Monday provided him and the rest of the NTF personnel in Cebu City with an office at the City Hall.

He has created an advisory council composed of DOH personnel, military and police personnel, as well as members of the local business community.

The council has met and discussed specific measures to help enforce ECQ rules.

Cimatu said the government’s Covid-19 response in Cebu City is focused on 12 barangays with the highest infections.

Cimatu hoped no other barangays would enter the list.

He repeated his observation that when the city was first placed under ECQ, quarantine protocols were not properly implemented because there were not enough law enforcers.

Even with the additional law enforcers, some residents continued to blatantly violate ECQ protocols.

Cimatu cited the residents of Sitio Alumnos in Barangay San Nicolas who held a Sinulog dance and religious procession to mark their fiesta on June 27. A show cause order has been issued to the barangay officials.

Cimatu said Covid-19 cases and mortalities in the city steadily increased in the past week. On Monday, he said 13 people died. This is higher than the national average of 10 to 11 in a single day, he added.

“So, this is my suggestion, that we continue the ECQ and when we ease the ECQ, we should consider granular lockdowns,” Cimatu said in Tagalog.

Cebu City was first placed under ECQ on March 28. On May 1 to 15, the city and the entire Cebu province were listed among the areas nationwide that remained under ECQ.

The city remained on ECQ until May 31 and eased into general community quarantine (GCQ) on June 1 to 15.

President Rodrigo Duterte, however, placed Cebu City again under ECQ for the period June 16 to 30. He is expected to announce the new quarantine classifications Tuesday evening.

Duterte had given Cimatu one week to assess the situation in Cebu City and recommend how the national government can help address the epidemic.

On June 29 alone, 191 new cases and 13 mortalities were listed. The number of new cases was higher than the 114 recoveries on that day.

Cebu City accounted for 14 out of every 100 Covid-19 cases nationwide on June 29. Its case fatality rate of 3.28 percent is lower than the 3.44 percent national CFR based on June 29 data.

DOH reported a total of 36,438 confirmed cases across the country on Monday, including 1,255 mortalities and 9,956 recoveries. (Marites Villamor-Ilano with a report from Jove Moya/SunStar Philippines)
< Previous PageNext Page >