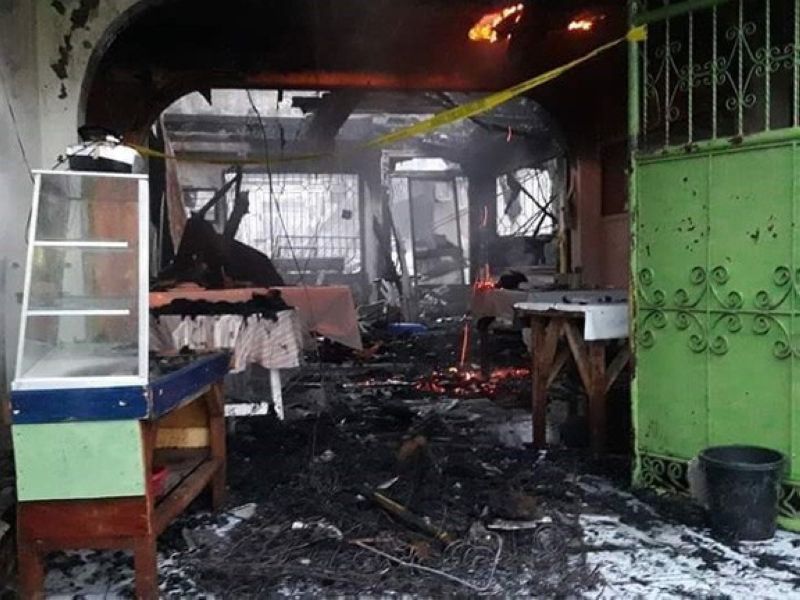 ZAMBOANGA. Two perish as they were trapped at the second floor in a fire Monday, June 29, that razed a two-storey house in Pagadian City, Zamboanga del Sur. A photo handout shows the house that was gutted by the fire. (SunStar Zamboanga)

Galvez said the mother and son fatalities were trapped as they were in deep slumber at the second floor when the fire broke out around 2:10 a.m. Monday and rapidly engulfed the house of Manolo Quiñones in Purok Palmera in San Jose village, Pagadian City.

She said the fire investigator estimated the worth of property damaged at P500,000. (SunStar Zamboanga)