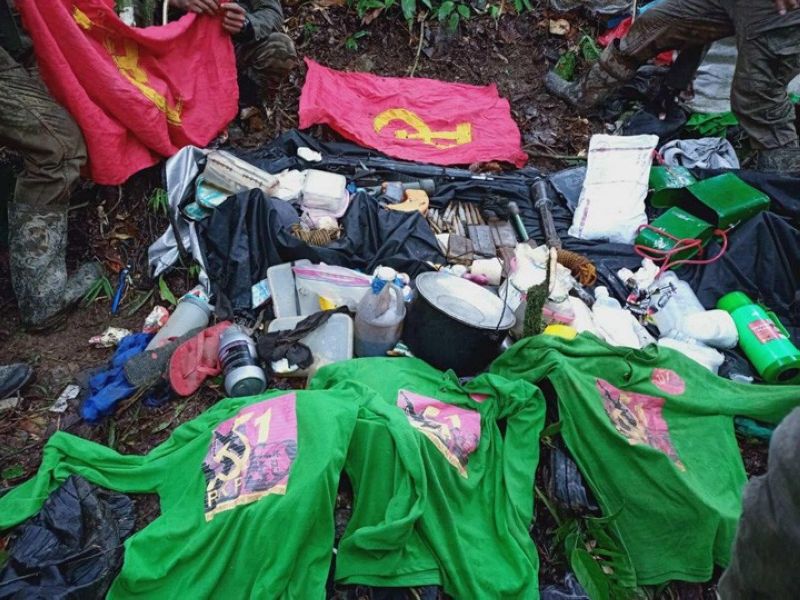 ZAMBOANGA. Troops, while on security operations, clash on Sunday, June 28, with a group of New People's Army rebels in Midsalip, Zamboanga del Sur. An NPA rebel was killed during the clash. A photo handout shows the troops recover four improvised bombs, a rifle and other personal belongs following a clash. (SunStar Zamboanga)

A NEW People's Army (NPA) rebel was killed in a clash with government forces in the hinterlands of Zamboanga del Sur, the military reported Tuesday, June 30.

Colonel Leonel Nicolas, Army's 102nd Infantry Brigade commander, said the troops were on combat operations when they clashed with a group of 40 NPA rebels Sunday, June 28, in Piwan village in the town of Midsalip, Zamboanga del Sur.

Nicolas said the firefight lasted for about 25 minutes, after which the NPA rebels fled. The troops are hot on their trail.

Nicolas said the troops recovered from the clash site four improvised bombs fashioned out as landmines, one M-14 assault rifle, one grenade, one rifle grenade, magazines, and ammunition.

The soldiers also found the remains of the slain NPA rebel early Monday, June 29, few meters away from the clash site. The troops have zero casualty during the clash.