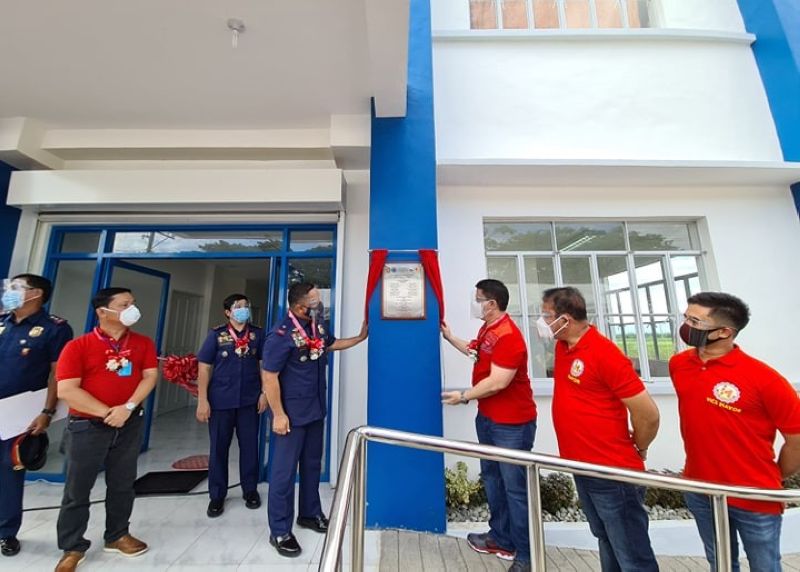 The local government, for its part, donated the 600-square-meter lot and its upgrading, which is excluded from the contractor's scope of work.

Sermonia said the new police station will boost the morale of officers in town, and improve the delivery of public service, particularly in their mandate of service and protecting the people.

"This brand new building provided a new home for our local officers and this new home is a testament to the unity and partnership between PNP and local government here," he said.

Aside from the building, the local government also donated a brand new police patrol car which was likewise blessed on Monday morning.

Sermonia assured that the support of the local government will be equated with utmost service from PNP, especially in maintaining the peace and order in town.

Mayor Rene Maglanque, for his part, said the strong partnership between local government and police will be beneficial in further boosting the progress of this town.

"Apart from ensuring the safety of every Candabeños, peace and order is also one of the key indicators of a progressive municipality and with strong ties between the PNP and local government, we can easily achieve and maintain peace and order," he said.

He said the building was intentionally constructed near the border point of Candaba and Sta. Ana to monitor the activities in the area.

Meanwhile, the mayor also committed to construct additional quarters for the police at the back of the police station.

He said the quarters will allow police officers to rest comfortably and later on, perform their duties more efficiently.