Hidilyn Diaz says it all boils down to love for PH, weightlifting 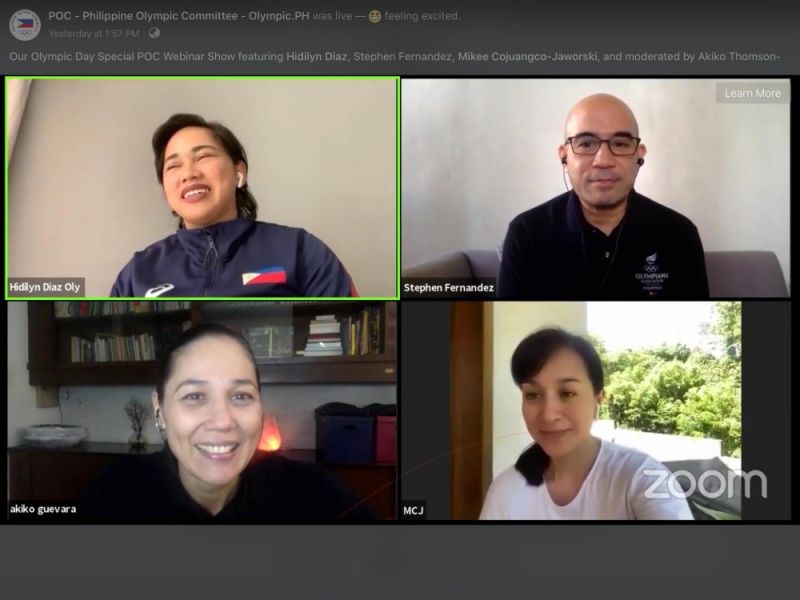 WHEN the going gets tough and she has to sacrifice so much in her training, Rio Olympics 2016 weightlifting silver medalist Hidilyn Diaz bared that she only has to keep reminding herself about the reason behind what she's doing as an athlete.

Diaz, who has been stranded in Malaysia since the coronavirus disease (Covid-19) pandemic hit while in the thick of her Tokyo 2020 Olympics training preparations in Malaysia, said that since the Olympics has always been her goal, she wanted to better herself every time.

She was a wildcard entry in the 2008 Beijing Olympics and "did not finish" in the 2012 London Olympics where she was the flag bearer for the lean Philippine contingent.

Diaz, however, said there was more to her Rio Olympics silver medal that meets the eye, saying that people only saw the result but not how she attained it.

to a higher level.

When asked about plans on settling down and having her own family after Tokyo Olympics, she was quick to reply that she has her mind only set for her fourth stint in the world's quadrennial meet.

"I have to prepare for Tokyo 2021, siguro after that saka kami magdecide para sa family," said Diaz, who enrolled back to resume her college studies online at College of St. Benilde.

She has recently started training with her team at the Kuala Lumpur Stadium.