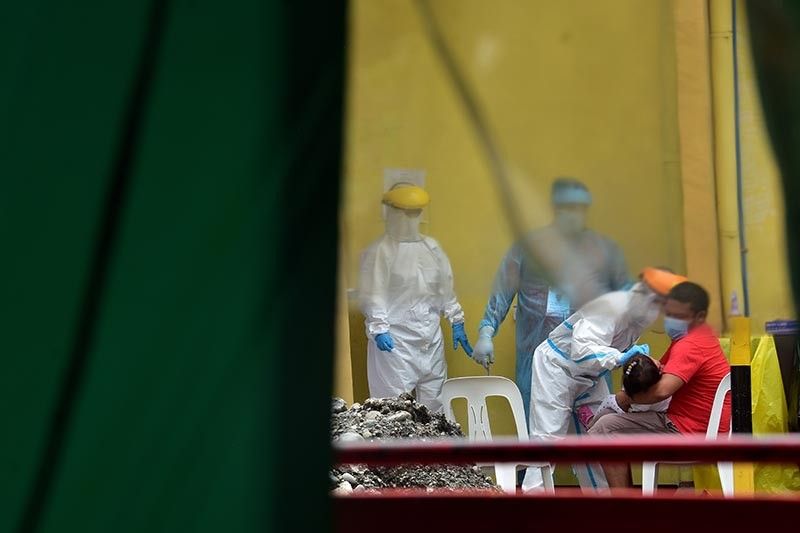 DAVAO City is set to expand its testing efforts against the coronavirus disease (Covid-19) after Mayor Sara Duterte-Carpio revealed that the City Government will now be collecting swabbed specimen of suspected Covid-19 patients from their homes.

Duterte-Carpio, on Monday, June 29, renewed its call to the Dabawenyos who are experiencing Covid-19 symptoms such as cough, cold, fever, sore throat, and diarrhea to have themselves tested using reverse transcription-polymerase chain reaction (RT-PCR) at the city-accredit testing centers -- Southern Philippines Medical Center (SPMC), the Tomas Claudio Health Center, and Davao One World Diagnostic Center.

But she said some are hesitant to go to Covid-19 testing centers fearing virus exposure.

"Pwede mi muadto sa inyoha nga mag swab for testing (We can bring testing closer to them)," the mayor said.

City Health Office head Josephine Villafuerte told SunStar Davao in a phone interview that the testing personnel will only conduct the swabbing of the specimen from the patient's homes but the testing of it will still be conducted at the testing center.

Duterte-Carpio, meanwhile, said despite having more testing centers and other options to have themselves tested, some are hesitant of getting tested for the Sars-CoV-2.

"Duna tay nakuha nga mga reports nga some people are hesitant nga moadto sa SPMC, moadto sa health center, for whatever reason nga wala ta kahibalo. So kita ang mag adjust sa mga sitwasyon nga ingon ana (We have received reports that some people are hesitant to go to SPMC, the health center for whatever reason. So we will be the ones to adjust for them)," Duterte-Carpio said in an interview via 87.5 FM Davao City Disaster Radio.

She said adding more options for testing could help strengthen the city's case-finding efforts to locate more positive Covid-19 cases and to contain the coronavirus transmission.

"Paniguraduhon nato kung asa ang infection, para kahibalo paunsa sab nato pugngan ang ang pagspread sa infection (We should know where the infection is so we also know how to prevent the spread of the infection)," the mayor said.

She, however, clarified that it is different from the city's free RT-PCR test for regular commercial flight passengers who arrived in the city since June 8.

She also clarified that the free testing is not offered for those who just wanted to have themselves tested despite not having any symptoms or any close contact with a Covid-19 positive individual.

But Duterte-Carpio admitted that it is a challenge on the part of the City Government to intensify its testing and contact tracing measures, as some Dabawenyos who are experiencing Covid-19 symptoms are still hesitant in availing the free RT-PCR testing.

Duterte-Carpio said she had been receiving various feedback and misconceptions related to testing.

Duterte-Carpio also said people should not be afraid of getting tested and they need to trust the medical doctors like epidemiologists and infectious disease specialists as they are experts in this field.

"Wala dapat ikaulaw sa Covid-19 kay sakit na sa tanan, wala siyay gipili na edad ug status. (There is nothing to be ashamed of if you get Covid-19, because everyone is vulnerable to it, no matter what your age or status in life is)," she said.

Duterte-Carpio added that some people are turning to traditional medicines, believing that it will cure them of Covid-19.

While the mayor respects their practice in home remedies, she, however, said there is still a need to follow the doctor's advice.

"Kinahanglan balansehon ang medikal na pamaagi ug atoang mga tinuohan. Dili ta mahadlok magpatest (There is a need to balance our own beliefs and medical treatment. We should not be afraid of having ourselves tested)," Duterte-Carpio said.

Davao City remains to be the hotspot of the Covid-19 epidemic in Davao Region. As of June 29, the Department of Health recorded 411 confirmed cases, with 301 who have recovered, and 28 who already died.

Meanwhile, Davao Region already has 529 cases, with 358 recoveries, and 33 deaths.