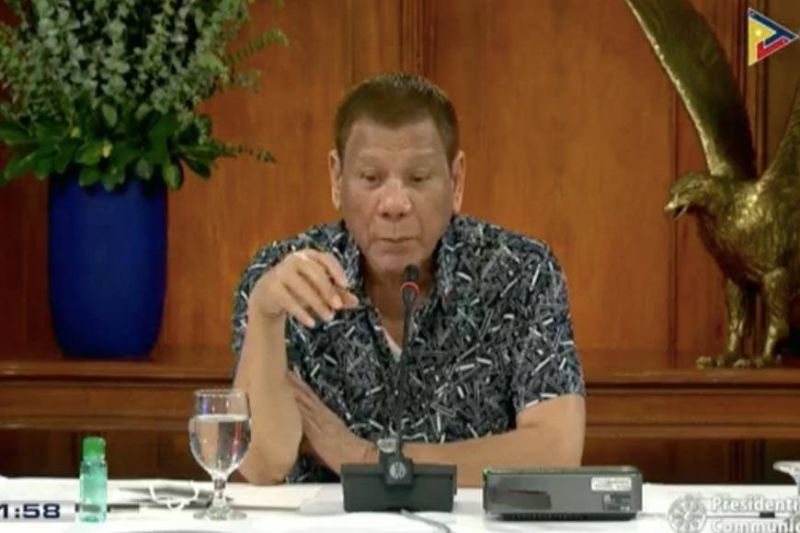 “ECQ - enhanced community quarantine. Ito ‘yung pinakamataas kasi marami na ang tao may infection. As a matter of fact, we know that the hospitals and everything.. are having a hard time coping up,” Duterte said.

The National Capital Region (Metro Manila) will remain under general community quarantine (GCQ) for July 1 to 15.

Other areas that will remain under GCQ are Cavite and Rizal provinces, the highly-urbanized cities of Lapu-Lapu and Mandaue in Cebu, and the towns of Minglanilla and Consolacion in Cebu.

Talisay City in Cebu, which was under modified ECQ, will shift to GCQ as requested by Cebu Governor Gwendolyn Garcia.

Areas which were already under modified GCQ will revert to GCQ: the provinces of Benguet, Leyte and Southern Leyte; and Ormoc City in Leyte.

Cebu province - except Cebu City, Mandaue City, Lapu-Lapu City, Talisay City, Minglanilla and Consolacion - and the cities of Davao and Zamboanga will shift to modified GCQ "with strict local action".

This means the implementation of localized community quarantine and zoning, strict enforcement of minimum health standards, measures to boost the health system capacity and designation of an isolation facility for returning overseas Filipinos, locally stranded individuals and their close contacts.

The areas that will be under modified GCQ with strict local action are:

The rest of the country is under low-risk modified GCQ.

Duterte admonished Cebuanos again for being stubborn, noting that a lot of of the residents do not comply with quarantine protocols.

He said he sent Secretary Roy Cimatu to Cebu City “not to take over, not to do anything but just to observe and do the critical thinking.”