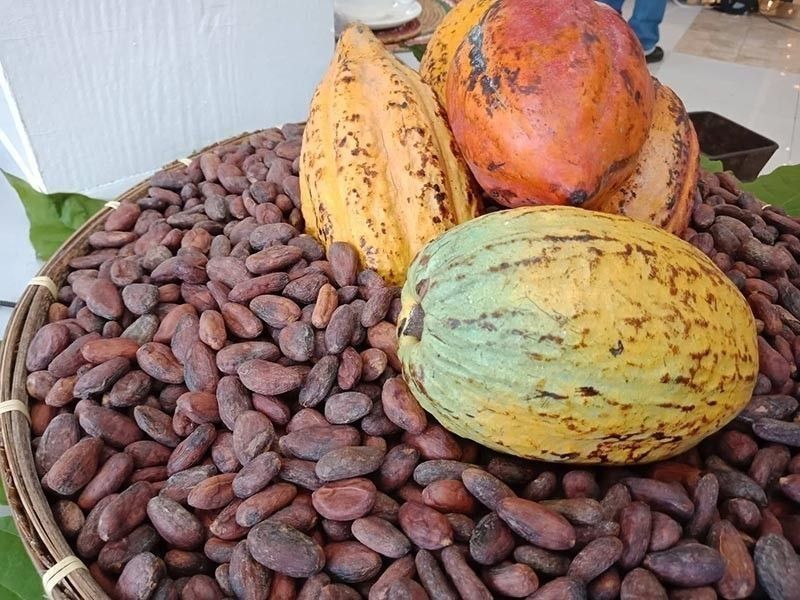 THE producer of homegrown, award-winning Malagos Chocolate recently brought premium cacao beans to Canada in the hopes of stirring their interest.

"Gamay pa lang ang initial volume nga gipadala. Dili pa gyud substantial nga mapanghambog. Ang importante man, they have to try it. They have to buy a small batch and try it for their R&D (research and development) and hopefully, magustuhan nila ang unique flavor profile sa atoang beans nga gikan sa Davao (We have shipped a small volume yet because we want them to try the beans. Hopefully, they will like the unique flavor profile of the cacao from Davao)," he said.

He is optimistic that it will be received well by the Canadian market since cacao beans from Davao are being used by Kasama Chocolate, a chocolate company in Vancouver.

Puentespina admitted it would be a competitive venture as Canada is surrounded by established chocolate-producing countries such as Peru, Madagascar, Columbia, Ecuador, and Mexico.

"Proximity wise, daghan pud kaayo ta og mga kalaban (We have a lot of competition which is nearer to Canada)," he said.

But he said what will set cacao beans from Davao City above its competitors is its distinct flavor.

"Dili pud basta ang competition so dapat maayo pud ang imong bean in case gusto pud nila og diversity, different origins (We should have the best beans just in case they are looking for diversity of origins)," he said, adding that making the consumers aware of cacao origins is now becoming the trend.

"Quality-wise, I am very confident nga makalusot gyud ta didto kasi ang gina baligya na ko ang origin nga Davao beans ni sya, maayo ni siya nga beans (I am confident that we can penetrate there since we can produce the best quality of beans and what we are telling them that this came from Davao City)," he added.

Considering the current situation of cacao production in the city, Puentespina said they have partnered with more farmers with vast areas of lands to plant cacao trees to increase the supply of beans.

"Dapat man gud that while we are promoting, iback up pud og production kay kung pumutok to siya, naa tay ika-bala. Kay basig sige ta og promote unya walay back-up nga production, sayang lang ang efforts (We should also ramp up our production as we are promoting so that if the demand for it picks up, we can supply them)," he said.

"Hopefully, by next year, makaproduce na pud sila og beans nga pwede namo nga ibaligya (We are hoping that they can produce the beans by next year that we can sell)," he said.

For Malagos Chocolates, he said the company is currently working with about 100 farmers.

He said another challenge for the cacao industry is the crop preference of farmers since other high-value crops like cavendish bananas were also doing well in the international market.

"The decision on what to grow is a very personal decision of the farmer. It is a challenge to convince the farmers that it is also good to plant cacao," he said.

With this, he is hoping that farmers will also realize cacao's potential in the world market.