Restrictions still up under MGCQ 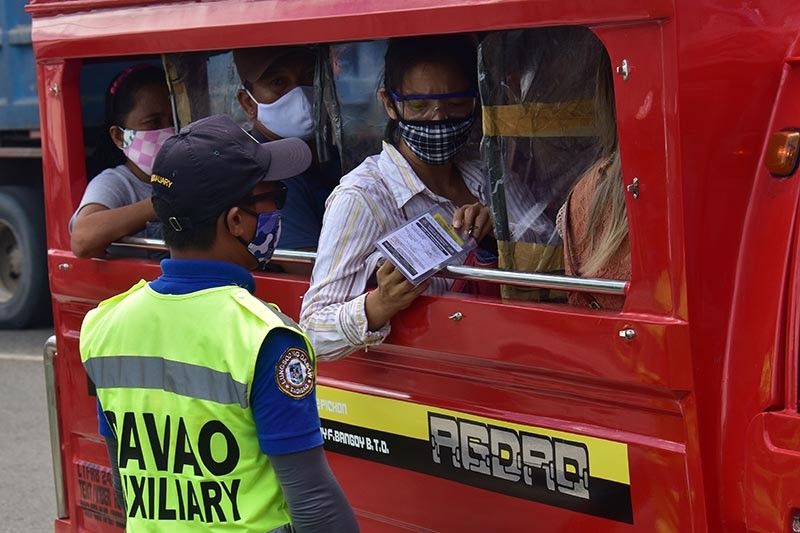 Davao City had been placed under general community quarantine (GCQ) for 45 days since May 16.

Mayor Sara Duterte-Carpio said on Wednesday afternoon, July 1, that while the city has prepared for an MGCQ implementation, she admitted that on her personal assessment, it would be another extended GCQ.

"Personally, wala ko nag-expect na mag-MGCQ. Although nag-andam kita for an MGCQ, pero ang akoang expectation since duna kitay positive cases every day, naa ra ta sa GCQ (Personally, I did not expect that we would be placed under MGCQ. While we had long prepared for it (MGCQ), my expectation is that we will be placed under extended GCQ, because we have been recording more positive cases each day)," Duterte-Carpio said in a radio interview via 87.5 FM Davao City Disaster Radio.

But she said the local government would still set tighter restrictions to ensure that health safety protocols would be followed.

Duterte-Carpio on Monday, June 29, bared that the city is "MGCQ-ready," but she said there is a need to reassess its status after two weeks.

The mayor had long warned the public that MGCQ, which allows more establishments to operate, will be a possible factor in the possible surge of Covid-19 cases. With this, she emphasized that there is a need to retain the FM passes.

Under MGCQ, offices and businesses now have the option to close on Sunday, the day when the usage of FM passes is also suspended.

Despite being under MGCQ, Duterte-Carpio warned that the city will still impose community-based lockdowns within houses, compounds, purok, and barangays, if there will be a surge of Covid-19 infections within the area.

In an issued guidelines of the City Government of Davao posted on Wednesday, July 1, bars, karaoke and other entertainment venues will be allowed to operate, but they are only to accept up to 25 percent of the venue/room capacity, with strict disinfection every after customer use. Face masks should never be removed unless to eat or drink only. Liquor ban and curfew are still in effect.

Tourism and non-essential travels and gatherings related to leisure, entertainment, and amusement is still prohibited.

Hotels, beach resorts, and other similar establishments are now only also allowed to operate, but for accommodation purposes only.

Fitness gym equipment require disinfection every after each client use. They are still not allowed to open on Sundays.

In spa and massage centers, no hand, face or neck massage must be done. Also, face masks should never be removed. Face shields are required for employees and therapists during the sessions.

Mass gatherings for government or business will be allowed up to 50-percent of the seating capacity of the venue. No national or international events, leisure, amusement or entertainment events allowed.

Special sections, including younger than 21 years old, 60 years old and older, with immunodeficiency and co-morbidities, other health risk, pregnant women must remain in residence but can go out for work, food, medicine, hospital, emergency, and exercise.

Non-contact sports and exercises within subdivision or barangay will only be allowed from Monday to Saturday.

Meanwhile, the City Government, in the issued MGCQ guidelines, also announced that earlier restrictions will be imposed, wherein movement for work, food, medicine, hospital or emergency will only be allowed.

Also, the strict implementation of food and medicine (FM) passes use, 9 p.m. to 5 a.m. curfew, and the 24-hour liquor ban would still be in effect.

However, the liquor ban is subject for review on July 15.