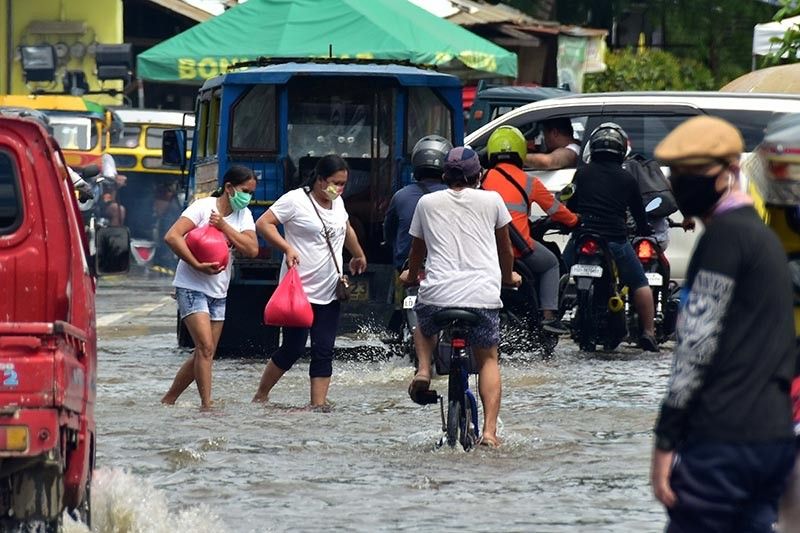 SOME parts of Davao City experienced flooding on Wednesday dawn, July 1, due to heavy downpour.

Some of these areas are in Quimpo Boulevard, Matina Aplaya, S.I.R. Matina, Bucana, and some parts of Ecoland.

Flood in these areas have reached knee level and were hardly passable for light vehicles.

Baloran said there was no recommended evacuation in these areas because these are already frequently flooded areas, especially during a heavy downpour.

But residents were already reminded to take precautionary measures against the impact of the intermittent moderate to heavy rains.

Meanwhile, river channels during that time were at safe level and did not

pose any risk of overflowing due to the heavy rain.

Baloran said the rain brought about localized thunderstorms, which was already expected after the Philippine Atmospheric, Geophysical and Astronomical Services Administration (Pagasa) declared the start of the rainy season beginning June this year.

"I'm urging the public to be vigilant, especially that we are entering the rainy days," he said, adding that Pagasa warned two to four tropical storms that might hit the city.

As of Wednesday morning, flooding in some parts of Matina Aplaya has not yet subsided.

He said CDRRMO, along with the Department of Public Works and Highways (DPWH) and the City Engineer's Office (CEO), continues to identify areas that need to improve in its drainage system.

The city flooding came days after the Digos City flooding and city's ninth commemoration of the Matina flooding.

Baloran said they had been strictly monitoring the Matina Pangi river, which he called the "wild river," because of its tributaries coming from high end areas.

Since then, he said, the area has been experiencing heavy downpour. With this, they will be placing more cameras to monitor the river's situation.