Duque: 22 more doctors to be deployed to Cebu City 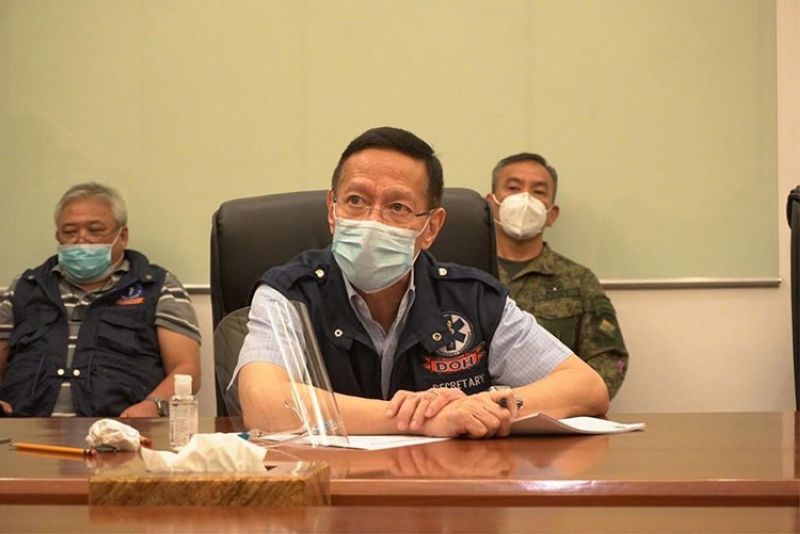 This, he said, is an addition to the five medical doctors deployed on Wednesday.

He also said another 15 medical specialists will be added to the pool of specialists in Cebu City to help in the fight against coronavirus disease (Covid-19).

He also praised the Armed Forces of the Philippines (AFP), which deployed nine doctors, nine nurses, and 11 medics to the city.

"The AFP has been very prompt and very responsive and certainly, they should inspire other doctors to follow suit and volunteer their services," he said in a press briefing Wednesday afternoon.

He said the Department of Health (DOH)-Central Visayas has already deployed 270 additional nurses and 40 doctors across different facilities in Cebu City. Of the 40, 19 are assigned in government hospitals and 21 are deployed in the infirmaries.

Meanwhile, on Tuesday, June 30, several medical student organizations, student councils, and other formations urged the DOH to rescind its directive to deploy doctors to the barrio (DTTB) to private hospitals in Cebu City.

In a unity statement in support to the DTTB's call to desist the pull out and reassignment to unspecified private hospitals in Cebu City, various medical student organizations agreed that DOH should rather implement a mass hiring scheme of physicians to augment the medical staffing in Cebu City.

Cebu City currently has the highest number of Covid-19 cases nationwide. DOH officials admitted that it is approaching its critical points with its health care system overwhelmed with the surge of cases.

The DOH last June 26 directed DTTBs in Western Visayas and Central Visayas to report on duty to unspecified private hospitals in Cebu City.

However, this drew flak among the DTTBs, making the DOH call off reassignment of doctors from Western Visayas until issues are settled. The DOH also said the deployment for this purpose will now be based on voluntary basis.

The student organizations said the seemingly "uncalculated decision" by the DOH to pull out DTTBs from their municipal assignments redirects resources allocated to underserved communities towards the private sector.

"By recalling physicians from the far-flung communities that they serve, the DOH severs the people's access to healthcare and leaves them in an even more vulnerable state," read a portion of their statement.

They also called for strengthened support to medical frontliners.

Among the student organizations that supported the DTTB's stance are the Association of Philippine Medical Colleges-Student Network, St. Luke's Medicine Student Council, and Advocacy-CDU. (WBS)