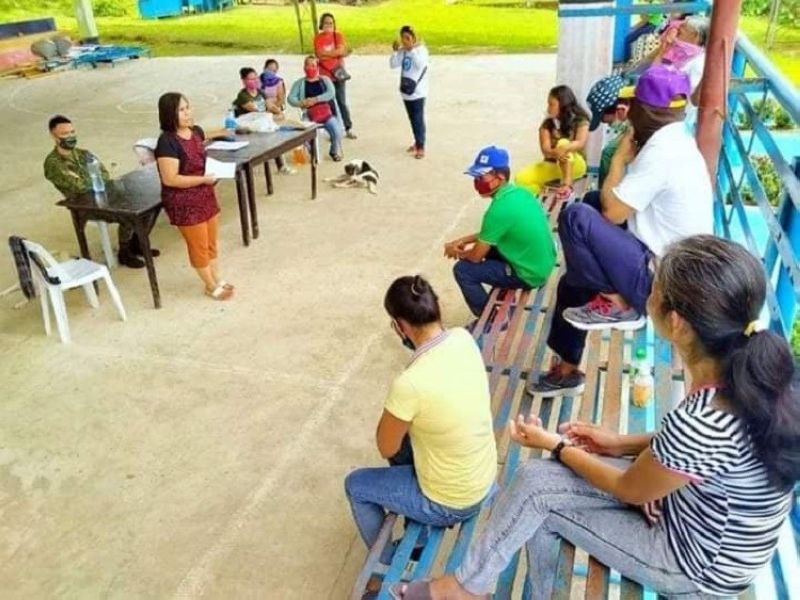 THE personnel of 79th Infantry (Masaligan) Battalion assisted in the distribution of 15 certificates of land ownership awards (Cloas) to 12 agrarian reform beneficiaries (ARBs) covering about 3.6020 hectares of farmland located in Barangay Pinapugasan, Escalante City on June 30, 2020.

Necessary health protocols were observed during the activity held at the barangay's covered court.

Cloas are given as proof of ownership to identified ARBs under the Comprehensive Agrarian Reform Program or Republic Act 6657. All of the farmer-beneficiaries expressed their happiness now that they finally owned the land they have been tilling for a long time.

The program, which allocates idle government-owned lands for agricultural use, intends to alleviate the incidence of poverty in the rural areas and provide land security for the farmer-beneficiaries and their families.

Lieutenant Colonel Gerard Alvaran, Commanding Officer of 79IB said, "Our government is doing its best to finally end and prevent the local armed conflict by facilitating the resolution of legitimate issues and concerns, such as the distribution of agricultural land to qualified beneficiaries.

"The issuance of Cloas will surely eliminate the worries of the beneficiaries regarding the status of their land, which will enable them to increase their agricultural produce, encourage them to invest, and eventually improve the overall quality of their living," Alvaran added.