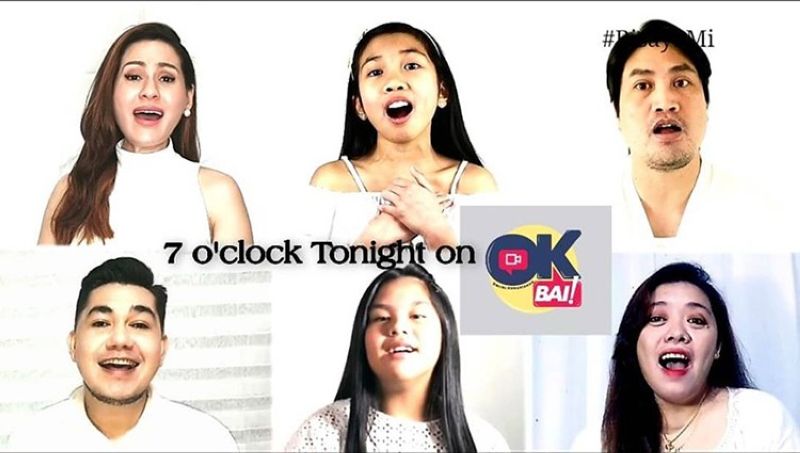 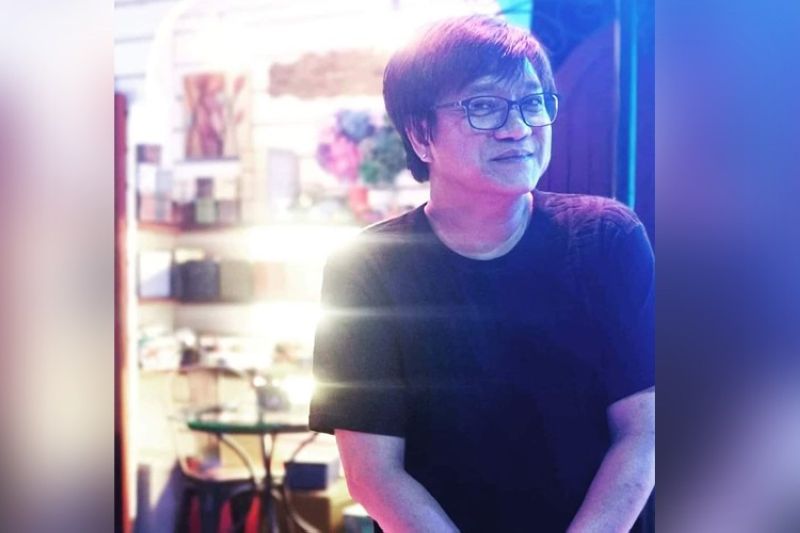 DABAWENYO director Bam Salvani, who is among the top-notch directors of the Kapuso Network, has chosen to inspire people with his videos.

The pandemic has affected everyone's life. Different stories have been headlining news reports, and even on social media. There are those, too, that present some negative thoughts.

The "hostile and angst-ridden posts on Facebook" motivated Direk Bam to create videos that would inspire others "to hold on to our faith in this difficult time."

"When I did these videos, especially the one that used Gary V's song 'He Won't Let Go' and the other one using Coney Reyes' voice reciting the Psalm of David, I encountered a photo of a facemasked father and son holding together while braving the streets of Manila," he narrated during an online interview.

"It made me realize that during this time of uncertainties, the children are really most affected. Helpless and hopeless, the only thing they can hold on to are the protection and guidance the generation before them could provide," he added.

The director further shared that scenario started the idea of producing something that talks of hope, particularly for the children amid the "mud-slinging and hostilities on social media" these days.

With an idea at hand, the next step was to pick the artists who would become part of the project. He never had problems on this, though, because of the nod he immediately received.

"During the lockdown, a Singgit Davao chat group composed of original hosts and staff was created," he said. "Thus the idea of creating something out of this Davao talents came about. And that music video in mind about children was the perfect project. Immediately, I shared the idea with my friends and SD's former staff members Arriel Nengasca, Bong Cañedo and Ninya Cansino who all agreed to help."

Singgit Davao was GMA Davao's first-ever network-produced local variety show, which ran from 1999 until 2005. It was given the citation as the Best Regional Television Variety Program in the 12th KBP Golden Dove Awards.

"Choosing the artists to perform was not gruelling, though. Former SD hosts Ram Marker and Mutya ng Davao 2000 Leah May Luna easily came to mind and both showed interest. I asked for more artists, so a list of Davao singers who became regular guests on the show was made. The list narrowed down to two acknowledged Davao singers Imy Sanchez and Jake Balugo, now a Bahrain-based nurse," he said.

As with the need for young talents, the daughters of Cañedo and Cansino were tapped. However, Naveah and Xaima were both raised abroad (Canada and Dubai, respectively) so the accent could become evident. This was when he gave their mothers the job of removing the twangs. And it was a success!

In the video featuring the song "Paglaum", some tweaks had to be done.

"It was originally a heartwarming song about the young generation seeking guidance and nurturing from the generations before them in the hope of living in a better world," he revealed. "But since we added adult singers in the video, minor words were tweaked and adjusted to fit our purpose of creating an exchange of promise of love and hope between the children and their elders. The latter will give their assurance to provide the former a bright future."

"Paglaum" is a grand prize winner in the 6th Cebu Popular Music Festival. It was composed by Fr. Fritz Malinao from Cebu City and sung by a very young Sharon Magdayao aka Vina Morales.

The song is Direk Bam's personal favorite. He heard it first over DXXL-FM, a popular radio station before. Disc jockey Skip-o-Jack played it in the late '80s.

When asked for a message for his fellow Dabawenyos, the director of the late Mr. Showman German Moreno's long-running TV show "Walang Tulugan" cited two things: love and hope.

"I am proud and will always be proud to be a Dabawenyo," he concluded.