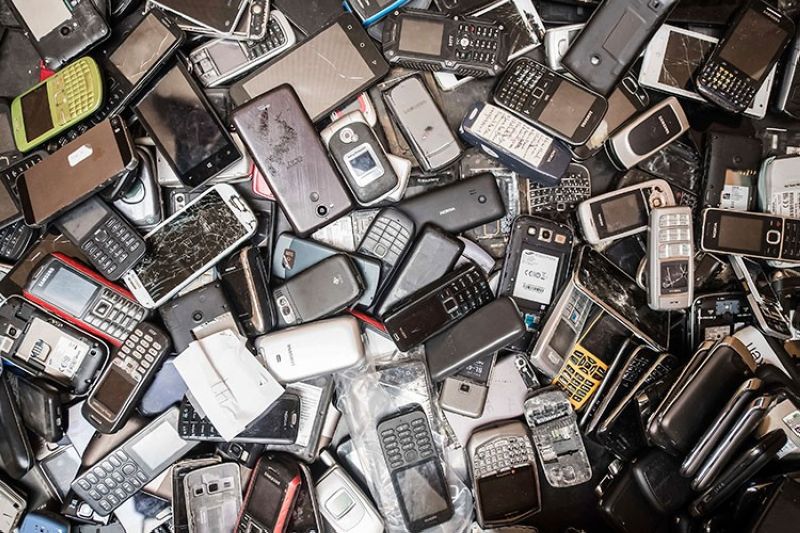 BELGIUM. In this photo taken on July 13, 2018, old mobile phones fill a bin at the Out Of Use company warehouse in Beringen, Belgium. The world's mountain of discarded flat-screen TVs, cellphones and other electronic goods grew to a record high last year, according to an annual report released Thursday. (AP)

BERLIN -- The world's mountain of discarded flat-screen TVs, cellphones and other electronic goods grew to a record high last year, according to an annual report released Thursday.

The authors of the study calculated the combined weight of all dumped devices with a battery or a plug last year was the equivalent of 350 cruise ships the size of the Queen Mary 2.

Among all the discarded plastic and silicon were large amounts of copper, gold and other precious metals — used for example to conduct electricity on circuit boards. While about a sixth of it was recycled, the remainder of those valuable components — worth about $57 billion — weren't reclaimed, the study found.

Discarded electronic equipment also poses a health and environmental hazard, as it contains substances such as mercury that can damage the nervous system.

The authors of the study, which is produced by the UN University, the International Solid Waste Association and others, predicted that global e-waste could grow to 74 million metric tons by 2030. (AP)