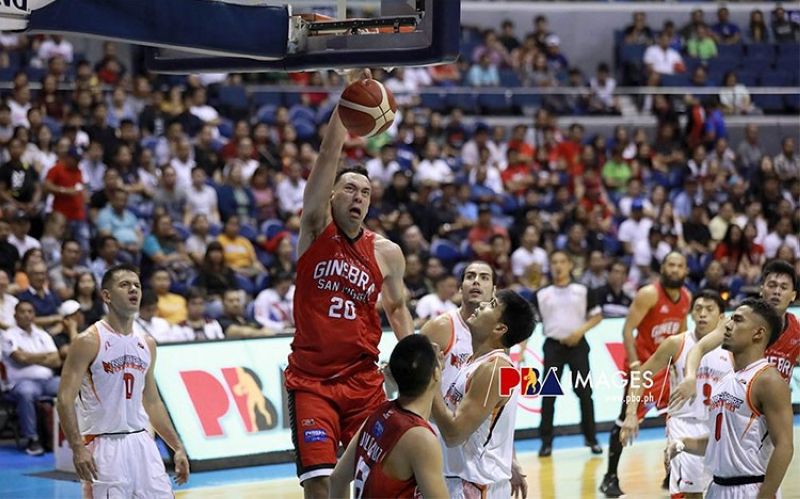 FOR the first time since he announced that he was stepping away from the game of basketball in February, Cebuano big man Greg Slaughter said he is now training hard to earn a slot on the Gilas Pilipinas men’s national basketball team that will compete in the 2023 Fiba World Cup.

In an exclusive talk with SunStar, the former University of the Visayas and Ginebra big man shared that he is currently busy training at one of the top sports training facilities in the world -- the DME Sports Academy in Daytona Beach, Florida.

“I was able to link up with a two-time NBA champion who had first visited me in Cebu 12 years ago, 2008, and been at a beautiful training facility here in Daytona Beach, Florida,” said Slaughter, who stunned basketball fans back in February with his announcement that he was stepping away from basketball not long after Ginebra won the 2019 PBA Governors’ Cup.

“We’ve been very fortunate to be working daily on things that make me a better player, which I haven’t had an opportunity to do in recent years in the PBA. I am getting great results from my daily training with Gary Boyson which is preparing me for what I hope is a leadership role in 2023,” Slaughter said.

Boyson is an NBA scout who has worked for a number of teams, including the Toronto Raptors, Los Angeles Lakers and the New York Knicks.

Slaughter said that while his professional basketball career remains up in the air, what is absolute is his commitment to the national team.

“As a basketball player, it’s my job to always stay ready. My PBA career was uncertain with no word on a contract but playing for the Philippine national team has always been a top priority for me and something I look forward to and want to be prepared for,” said the 32-year-old.

Slaughter described his last dealing with Ginebra to be “strange” given the seamless nature of previous contract negotiations.

“I was not offered a deal by Ginebra even after my contract expired at the end of January. I found it strange because previous contract dealings I was well informed ahead of time,” shared Slaughter.

And while foreign teams have shown interest in the 7-footer, Slaughter said his focus remains on the Philippine team.

“I’ve made tremendous gains in my daily training and playing internationally is not out of the question,” Slaughter said. “But the only team I am targeting for sure is the Philippine national team.”

Slaughter also reckoned that a return to Ginebra and the PBA are options worth considering.

“I am open to returning to the PBA in the future. I love the fans who have supported me through everything and the ‘Never Say Die’ spirit will always be a part of me. Of course, I am open to playing for Ginebra in the future,” he said. (JNP)