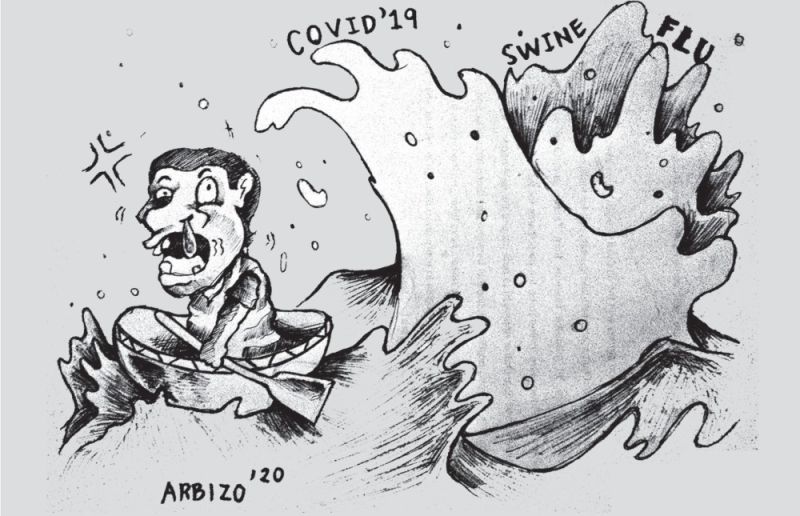 Due to the coronavirus disease (Covid-19) pandemic, more and more Dabawenyos have opted to use bikes to get around town. This stemmed out from the need to travel between home and work when the enhanced community quarantine (ECQ) was implemented. During the ECQ, mass public transportation was put on hold; hence, the need for bikes for some workers in businesses that have been allowed to operate.

Aside from transport, the use of bikes has made some realize of its economic and health benefits. Biking is much cheaper in the long run as one does not have to spend on transportation.

We also have to commend the efforts of the City Government of Davao in making the roads of the city safer for bicyclists. The city has temporarily suspended the implementation of local ordinances surrounding bikes as there are inconsistencies. However, Mayor Sara Z. Duterte-Carpio has released temporary guidelines on biking through an executive order. She also ordered the demarcation of bike lanes.

However, despite efforts to make Davao streets friendlier for both the bicyclists and motorists, there are still issues on the road that needed to be addressed.

Since the start of the general community quarantine (GCQ) and now that we are in a modified GCQ, more vehicles are now on the streets. This has shown the reality of our old roads--they were only built for motor vehicles and not bikes. And because the roads are quite narrow, there is not much space for a bike lane.

It is also a reality that motorists are not used to driving the road with the presence of bicyclists. Some have also started using the bike lanes as a parking space while those driving a motorcycle are using it as an "expressway." Motorcycle drivers, mostly delivery service, tend to speed past in between bicyclists and cars.

Another problem is some bicyclists are not aware of traffic rules or proper road etiquette, like signaling, when making a turn. Some are not wearing proper safety gear like a helmet or a reflectorized vest. It also clear that for many bicyclists, this is their first time biking from point A to point B using the main roads of the city.

The City Government has done its part through policies and whatever it can do for infrastructure. Now, it is in the hands of the road users themselves to make the roads of Davao safer for anyone using it. This can be done through road sharing. Drivers using the road must be aware of one another, observe proper road etiquette, and follow traffic rules.

In a nutshell, bicyclists must follow traffic rules just like any other driver using the road while drivers of motorcycles or four-wheeled vehicles must not see themselves as kings or queens of the roads. Let's share the road and make it safer for everybody.