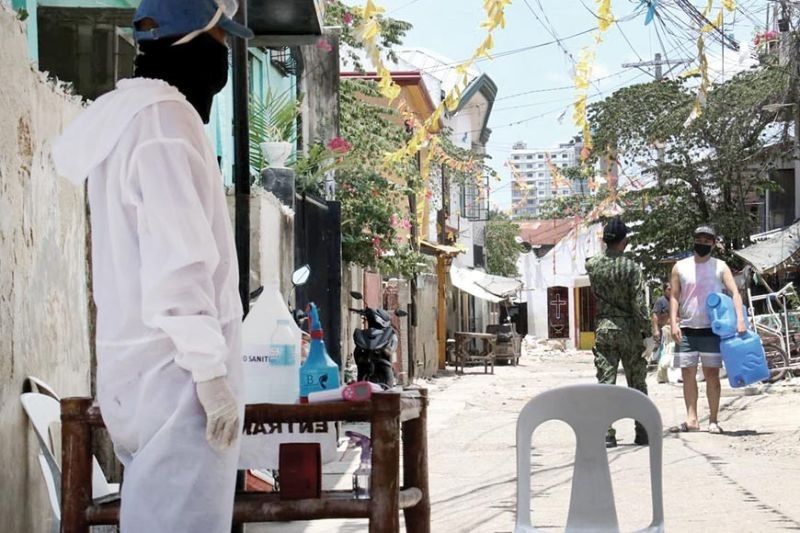 An additional 18 mortalities were also reported, raising the death toll from Covid-19 to 211.

Three barangays reported two mortalities each. These are Luz, Guadalupe and Sambag II.

Among the recoveries, the highest number came from Barangay Tisa, which reported 25, followed by Barangay Apas with 13.

Other laboratory-negative or recoveries were from Barangays Basak Pardo (four), Day-as (one), Guadalupe (seven), Inayawan (two), Labangon (one), Mambaling (two), Sambag II (one), San Nicolas Proper (one), Suba (one), and Tisa (three).

The CHD removed four cases that were recorded twice.

Labella said a total of 142 individuals, who have recovered from the disease, have been discharged from the facility.

Of the 12, three have recovered but are still awaiting certification that will allow them to return to work.

Nine are under monitoring in an isolation center. They have not developed any symptoms, Villanueva said.

Three out in the city have been locked down for disinfection. These are Pahina Central, Parian and Mabolo.

"But I’d like to assure the public that there is nothing to worry about because the situation is manageable and we have conducted an intervention,” Villanueva said.

He assured that their fire fighting capability has not been diminished. Six fire stations and six substations remain open.

He also assured that no personnel who are found positive for the virus are allowed to go on field. Instead, they are immediately sent to an isolation center.

Villanueva said all Bureau of Fire Protection (BFP) personnel, who are among the frontliners in the battle against Covid-19, undergo a decontamination process whenever they come in from the field.

In Mandaue City, the fire station was temporarily closed for disinfection after one personnel developed fever and sore throat, which are among the symptoms of Covid-19.

The Mandaue City Fire Station announced the temporary closure and suspension of transactions at the office in a Facebook post Thursday night, July 2.

Batnag said the personnel will be swabbed for a reverse transcription polymerase chain reaction (RT-PCR) test to make sure that he has not contracted Covid-19.

They were brought to an isolation facility while their close contacts were swabbed for an RT-PCR test.

Baja assured that their law enforcement operations would not be disrupted.

He also expressed support for the plan to effect a citizen’s arrest against quarantine violators, saying this would greatly help police efforts to enforce the rule on wearing face masks.

Chan, for his part, reiterated his support for such plan because several frontliners have contracted the disease. Among the most common quarantine violations is non-wearing of face masks.

As it is, Chan said there are not enough policemen for the estimated 500,000 residents in the city. The Covid-19 pandemic has further reduced the number of policemen, he said. (JJL/KFD/GCM/BBT