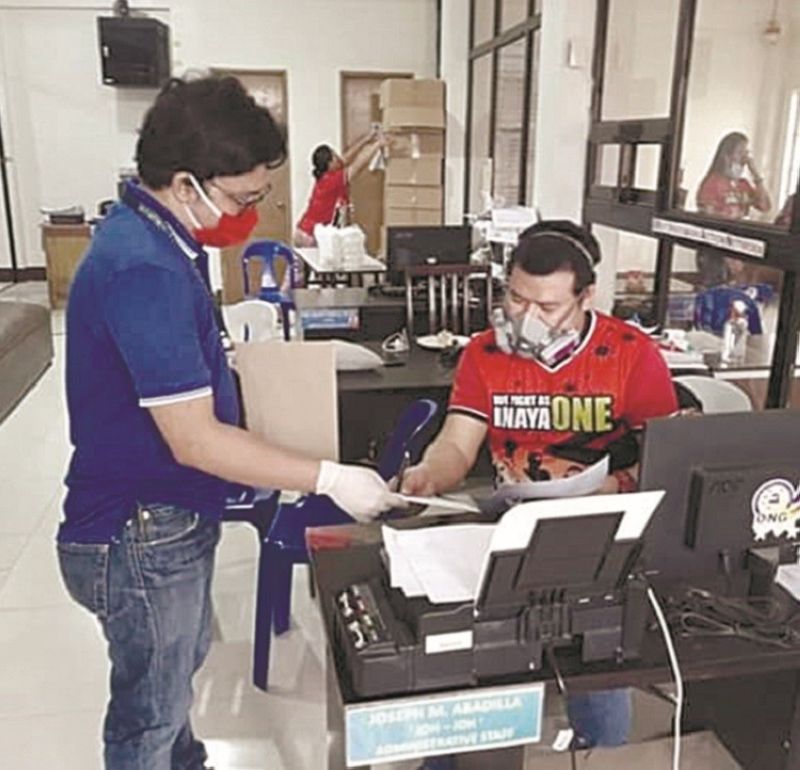 ECQ VIOLATION. A representative of the Department of the Interior and Local Government 7 serves a show cause order against Inayawan, Cebu City village chief Kirk Bryan Repollo after a video of rice distribution to his constituents went viral on July 1, 2020. / FOTO BY DILG 7

THE Department of the Interior and Local Government Central Visayas (DILG 7) has asked the Barangay Inayawan village chief to explain the mass gathering during a rice distribution in the barangay on July 2, 2020.

A video showing the distribution of relief goods allegedly undertaken by the Mayor’s Information and Liaison Officers (Milo) in Barangay Inayawan made the rounds on social media in the morning of July 2.

Cebu City Mayor Edgardo Labella has ordered an investigation on the incident since mass gathering is prohibited while the entire city is under enhanced community quarantine (ECQ).

Inayawan Barangay Captain Kirk Bryan Repollo, in his Facebook post, said he received the show cause order from the DILG 7 in the afternoon of July 3.

The show cause order, signed by DILG 7 Director Leocadio Trovela, mandates Repollo to explain in 48 hours why administrative charges should not be filed against him.

The show cause order stated that the video showed a clear disregard for the protocol on social distancing, as a large number of Repollo’s constituents could be seen gathering in the barangay gym.

Repollo, in an earlier interview, said some residents reported to him that the Milo instructed them to proceed to a warehouse located within the barangay to receive their rice subsidy.

Repollo said just within this week, he had sent law enforcers to the area twice, on July 1 and June 30, to remind the Milo of the “no mass gathering” policy.

He assured the incident would not happen again after he undertook close coordination with the Philippine National Police.

He also accepted the show cause order, adding he was ready to explain that the barangay was not part of the mass gathering.