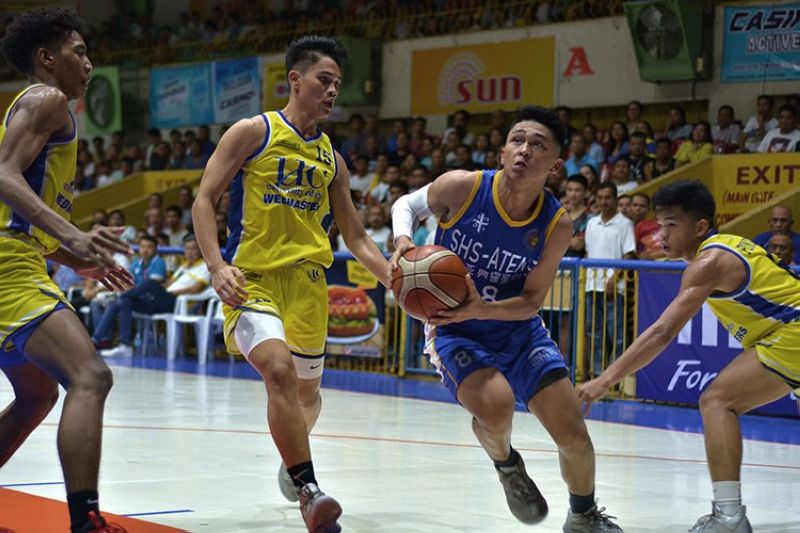 Cebu Schools Athletic Foundation Inc. (Cesafi) Juniors Most Valuable Player and Ateneo de Cebu Magis Eagles star Leobert Andrew “LA” Casinillo is set to trade in his wings for stripes as he has committed to join the University of Santo Tomas Tiger Cubs in the UAAP.

After leading the Magis Eagles back to the promised land of the Cesafi last year, it didn’t take long for Casinillo to catch the eye of UST Growling Tigers head coach, Aldin Ayo, who personally recruited him during his visit to Cebu in January of this year. And with the Cesafi’s 2020 season already shelved, Casinillo felt it was the right time to make this move to the bigger, national stage.

“It started when they came here when they conducted their tryout for both the men’s and high school team. I was one of their targets for recruitment and Coach Aldin Ayo spoke to my father during the tryout sessions,” shared the 6-foot two-guard.

Casinillo shared that he just couldn’t pass up the opportunity to play in the UAAP as this doesn’t come often for any player.

“The opportunity. Opportunity comes and goes as they say. Since there’s no more Cesafi, my family decided that I should try my luck there in Manila,” he added.

Casinillo also disclosed that La Salle and UST were recruiting him but he chose the latter, primarily because of Ayo, who he described as his “idol” in coaching.

“I chose UST because of its basketball program, academics and most especially, because I’m sure that I’m in good hands with Coach Aldin Ayo,” Casinillo said.

The versatile wingman will be joining a UST Tiger Cubs team that already has one Cebuano on board in athletic forward Rojan Montemayor. (JNP)