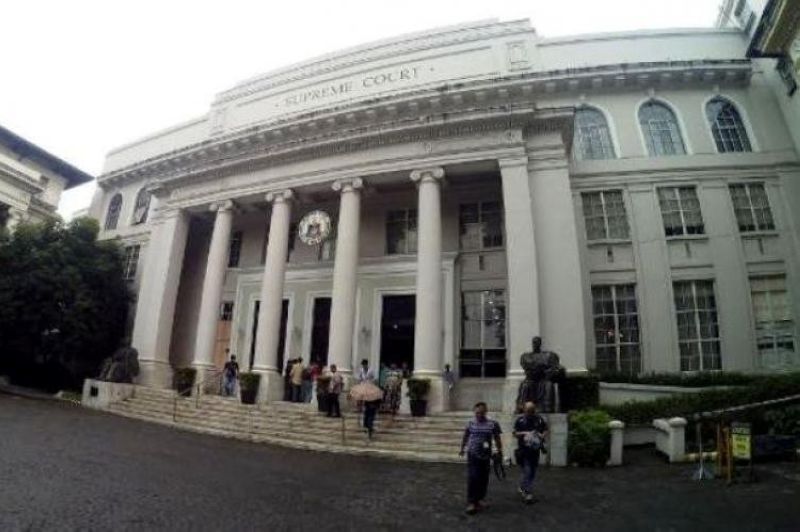 SEVERAL groups on Saturday, July 4, 2020, electronically filed a petition asking the Supreme Court to stop the implementation of the Anti-Terrorism Act.

The petitioners, led by lawyer Howard Calleja, sought a temporary restraining order to prevent the government from enforcing on July 19, 2020 the newly signed Republic Act 11479.

They will physically file their petition before the Supreme Court on Monday, July 6.

“While threats to our national security need to be addressed, the law, as crafted, is oppressive and inconsistent with our Constitution... This fight against terrorism should not and should never be a threat to the fundamental freedoms of all peaceful Filipino,” the petition read.

“The Anti-Terrorism Act contains provisions that are repugnant and perilous to the constitutional rights of every citizen neither did said provision present compelling state interests nor show that the least intrusive means were undertaken in order to serve the alleged state purpose,” the petitioners said.

“There is an urgent and paramount necessity to prevent further damage as the effectivity and implementation of the Anti-Terrorism Act will materially and substantially prejudice constitutional rights and may result to the permanent contraction of civil and political liberties,” they added.

Several civic groups such as the Tunay na Bayani and Bagong Siklab Pilipinas, and Br. Armin A. Luistro, FSC, of the De La Salle Brothers Incorporated also signed the petition.

The petition was filed against Executive Secretary Salvador Medialdea, National Security Adviser, and the Secretaries of Defense, Interior and Local Government, Finance, Justice, and Information and Communications Technology, as well as the executive director of the Anti-Money Laundering Council.

Also on Saturday, Archbishop Socrates Villegas slammed the new law, saying it only "legitimated" equally terroristic acts of "the reckless and the power trippers”.

Villegas, a former president of the Catholic Bishops Conference of the Philippines (CBCP) and archbishop of Lingayen-Dagupan, said the government should be promoting dialogue instead of violence.

"It is morally wrong, we humbly submit, to leave the terms of such powerful bill to the interpretation of the reckless and the power trippers," Villegas said in a statement.

Instead of using violence to counter terrorist acts, Villegas said it would be better if the government will hear the gripes of various organizations.

"We would rather, as one, engage in the difficult but necessary task of building a culture that listens, that leaves none out, that accommodates differences," he said.

"This same culture of inclusive listening will soon strip extremists of every reason to confine themselves to the margins of society. Peace is the only way to peace," added Villegas

President Rodrigo Duterte signed the Anti-Terrorism Act on July 3, 2020. A copy of the new law, which will replace the Human Security Act, was published on the government's official gazette.

Under this new law, persons suspected of being terrorists may be arrested without warrant and detained for 14 days with an allowable 10-day extension, or up to a total of 24 days without charges.

Punishable with 12 years of imprisonment are persons who:

The law also states that terrorism "shall not include advocacy, protest, dissent, stoppage of work, industrial or mass action, and other similar exercises of civil and political rights which are not intended to cause death or serious physical harm to a person, endanger a person's life, and create a serious risk to public safety, Malacañang said. (With HDT/SunStar Philippines)
< Previous PageNext Page >