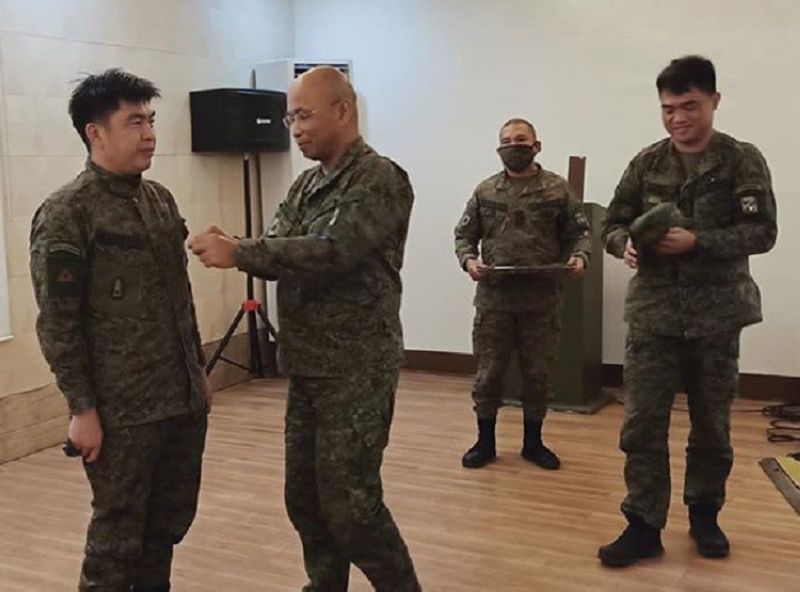 This, as Vinluan led the pinning of rank ceremony in honor of Bawayan, who was promoted to the rank of Lieutenant Colonel. The simple ceremony was held at Camp General Teodulfo Baustista in Busbus, Jolo, Sulu.

Vinluan, who is also the Joint Task Force Sulu commander, gave appreciation and guidance to Bawayan during the ceremony.

“As a new endeavor awaits you, may you stay firm because this promotion brings all kinds of new challenges and opportunities. Continue your competent service and, at the same time, enthusiastically give hope and help the people you served with,” Vinluan told Bawayan.

Bawayan, Deputy of the Office of the Assistant Chief of Staff for Personnel, is a member of the Philippine Military Academy “BANYUHAY” Class of 2002. He was born in Baguio City.

He emphasized that the rank awarded to him is commensurate to the responsibilities expected for him to perform.

He added that his family and fellow soldier are among his motivators to perform his best in the service. (SunStar Zamboanga)