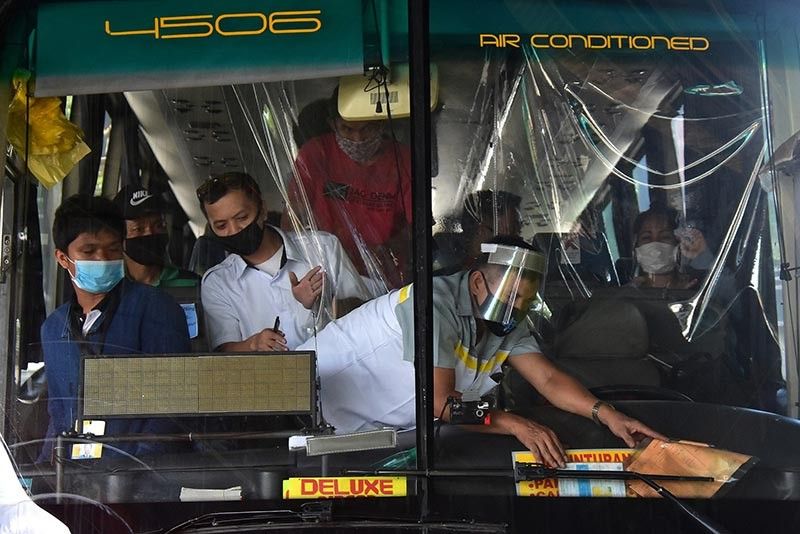 LTFRB-Davao Director Armand Dioso told SunStar Davao in a phone interview on Friday afternoon, July 3, that while almost all provinces in the region are now accepting interprovincial buses under the new quarantine status, he said normalizing the bus operations would still be impossible.

Dioso said only one to three bus trips per day are operating in some bus terminals in the region due to the local government units’ (LGUs) appeal to limit the entry and exit of buses so that they can strictly monitor and assess the passenger's health status.

"As much as we wanted to augment more buses, however, unless the LGUs will not approve, then our hands are tied," he said.

Meanwhile, Dioso said all buses have been strictly compliant with the rules and guidelines set by the agency.

He, however, said from time-to-time they are gradually approving more bus routes after their continuous coordination with other LGUs.

He added though that while there is still a state of public health emergency, it is unlikely for the bus companies in the region to resume normal bus operations.

He also said they have not yet approved bus routes going outside the region, and that only

boundary-to-boundary bus routes are being served.

He said they already have apprehended one bus, which he did not name, for not abiding by the approved special permit. The bus company was given a P5,000-penalty for the violation.

He said LTFRB officials are monitoring regularly whether the bus company and their drivers are observing the imposed health protocol.

With more quarantine restrictions relaxed, resulting in the resumption of land transportation within the region, Dioso said there is still a need for more buses to cater to the public’s need for mass transportation.