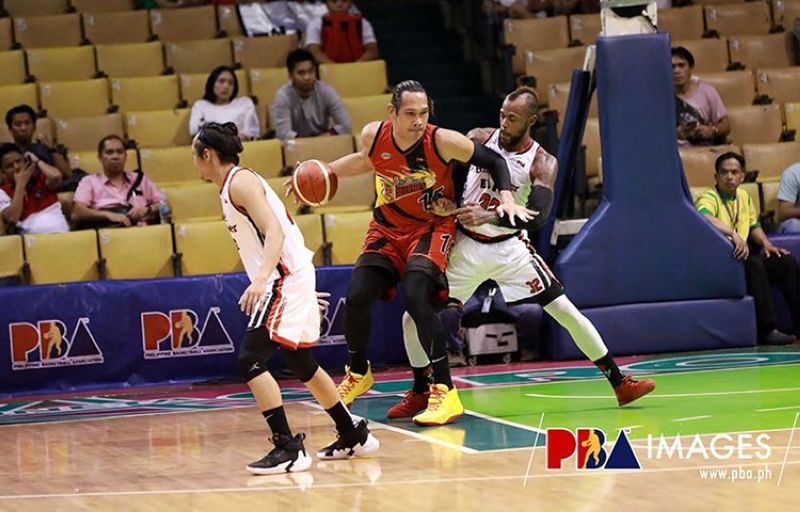 With a reputation as a defensive specialist, Talk N Text KaTropa big man Poy Erram has had the task of slowing down the best big men in the Philippine Basketball Association (PBA).

Whether it’s locals or foreign players, Erram has made a reputation out of making things difficult for any player to score as evidenced by the Defensive Player of the Year award that he won back in 2018.

The fact that every player is aspiring to be like Fajardo both on an off the floor, Erram says, is a testament to his greatness. "Lahat ng mga bata gustong mapantayan yun," Erram said. "Greatest player siya na nakilala ko." More than the awards and trophies that include six Most Valuable Player (MVP) awards, three Finals MVP trophies, eight Best Player of the Conference awards and eight championships just to name a few, it’s the Cebuano’s humility and gentle nature that has endeared him even more, to teammates, fans and foes alike.

Erram though, who was brought in by TnT to add more ceiling to their frontline, has to wait a little while longer before he gets the chance to go up against the Cebuano giant as Fajardo is expected to sit out the rest of the season to recover from a leg injury. (JNP)