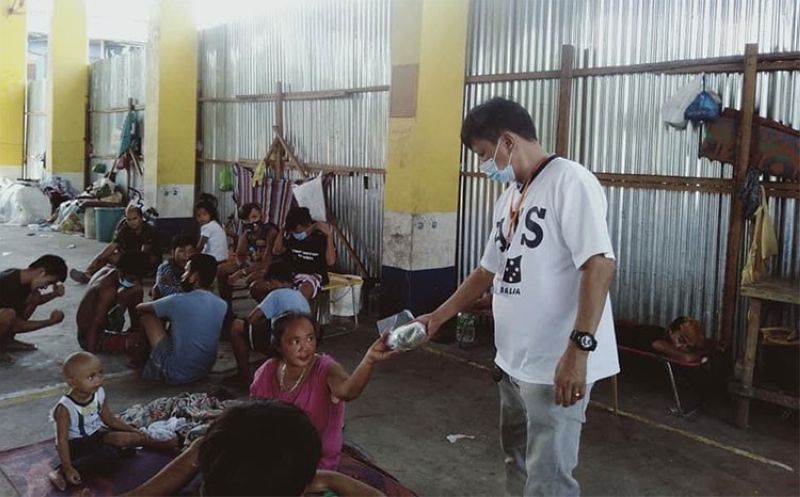 BARANGAY San Nicolas Proper Barangay Captain Clifford Jude Niñal (right) has called on Cebu City officials to assign a medical officer to look into the health condition of about 100 homeless and locally stranded individuals (LSIs) housed at the barangay gym. The barangay has been providing shelter for the homeless since the city was placed under enhanced community quarantine in March. (Contributed photo) 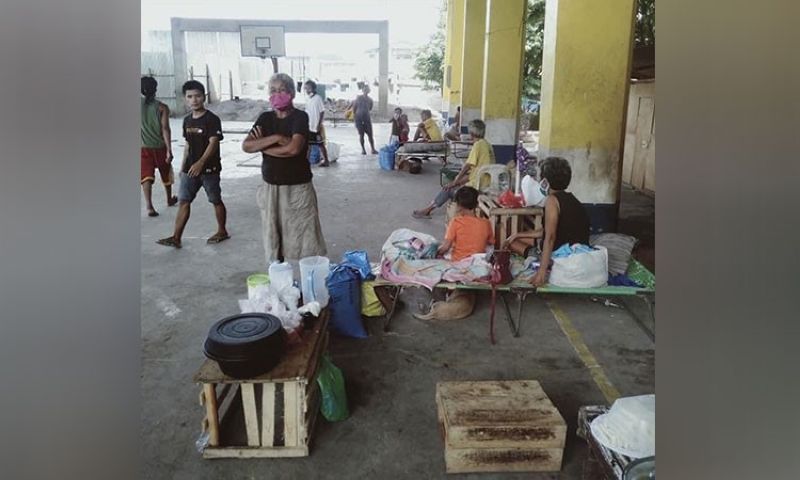 THE barangay captain of San Nicolas Proper in Cebu City wants medical attention for the more than 100 homeless and locally stranded individuals (LSIs) housed at the barangay gym.

They’ve been living in the gym since the city was placed on enhanced community quarantine (ECQ) at the end of March, said Barangay Captain Clifford Jude Niñal.

Niñal said he worries about their health since they have been exposed outside.

At the beginning of the coronavirus disease 2019 pandemic, Niñal said the barangay gathered the homeless staying outside the church and living on the sidewalks and moved them to the gym because they could contract the disease.

When the city’s quarantine status was downgraded to general community quarantine on June 1, the homeless returned to their old haunting spots, he said.

But when the city reverted to ECQ on June 16, the homeless automatically went back to the gym, he said.

“I am worried because they might (have) contracted the disease elsewhere and now they are back in our gym. We don’t know if they are still healthy or not,” said Niñal.

Niñal said there are also six LSIs staying at the gym. Some are waiting for their documents to be completed so they can return to their provinces, while others are old and are just waiting for the situation to get back to normal so they can travel.

Niñal has been using barangay funds and donations from the private sector to feed them.

“The barangay doesn’t have enough funds to sustain them but we also can’t turn them away because we feel sorry for them,” Niñal said in Cebuano.

When the City Environmental and Sanitation Enforcement Team (Ceset) and City Anti- Mendicacy Office personnel checked the area, he said they thought the City Government would provide assistance.

“Instead, they came here to bring people they apprehended. Now, we have to feed them too,” he said in Cebuano.

Niñal hoped authorities and city officials would assign a medical officer in the gym to check the health condition of the individuals staying there.

Loreche assured him the DOH was willing to assist the barangay captain with his initiative. (JJL)