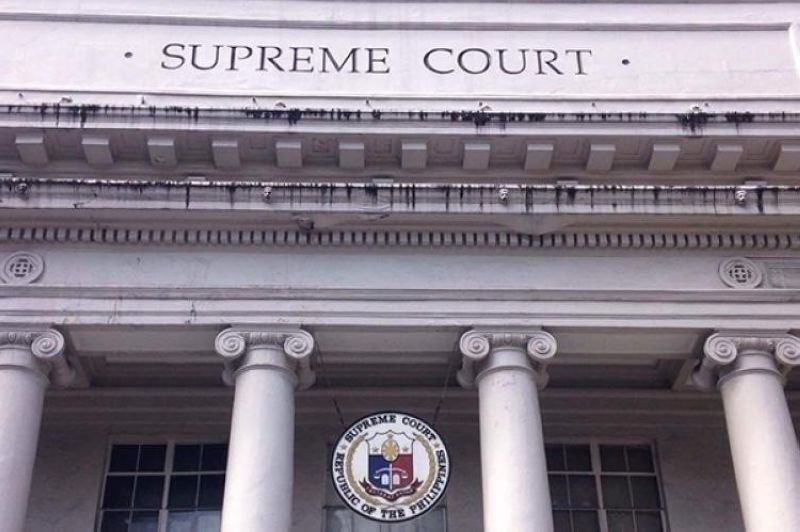 THREE more petitions questioning the constitutionality of the controversial Anti-Terrorism Act of 2020 and seeking to stop its enforcement were filed before the Supreme Court on Monday, July 6, 2020.

Justice Secretary Menardo Guevarra said he welcomes all the petitions filed before the Supreme Court Monday, the first working day after President Rodrigo Duterte signed the new law on July 3.

“We welcome the filing of these petitions. The Supreme Court is the final arbiter of all constitutional issues raised against the anti-terrorism law,” he told reporters.

Albay Representative Edcel Lagman, the first member of the House of Representatives to file a petition against the new measure, asked the Supreme Court to issue a temporary restraining order or a writ of preliminary injunction that would stop the implementation of the Anti-Terrorism Act on July 18.

In a statement, Lagman said the law’s definition of terrorism is “vague and ambiguous.”

“The redefinition of the crime of terrorism is cast in vague and ambiguous language so much so that there is no certitude on what acts are proscribed and the people are perplexed on what acts to avoid,” he said.

He added that the criminalization of the words “threat”, “proposal”, and “inciting” to commit terrorism has chilling effects deterring the exercise of the right to free speech and dissent.

The lawmaker also said the grant of judicial powers to the Anti-Terrorism Council (ATC) and the Anti-Money Laundering Council will “violate the doctrine of separation of powers.”

The group also said the law’s definition of terrorism is vague and “unclear that people cannot reasonably know whether they are committing terrorism or not.”

"A draconian law such as the Anti-Terrorism Act of 2020 has no place in a democratic society, and must therefore be struck down," the group said.

Meanwhile, a law dean from the Far Eastern University (FEU) and other law professors also questioned the constitutionality of the newly signed law.

FEU Law Dean Melencio Sta. Maria together with his lawyers Eirene hone Aguila and Michael Tiu filed another petition against the Anti-Terrorism Act.

In a statement, the group said they questioned Sections 25 and 29 of the law which” legitimizes warrantless arrests on the basis of mere suspicion.”

The lawyers said that these sections will violate Article 3, Section 2 of the 1987 Constitution which provides “the right of the people to be secure in their persons, houses, papers, and effects against unreasonable searches and seizures of whatever nature and for any purpose shall be inviolable, and no search warrant or warrant of arrest shall issue except upon probable cause to be determined personally by the judge after examination under oath or affirmation of the complainant and the witnesses he may produce, and particularly describing the place to be searched and the persons or things to be seized.”

The group also said that the new measure would restrict academics, institutions, and faculty members from determining what and how to teach the law imposes state regulations that “will stifle academic freedom by threatening to punish thinking and critical exchanges against the government.”

On Saturday, July 4, a group of lawyers filed electronically a petition seeking to stop the enforcement of the law. They filed their petition physically also on Monday.

The new law, which replaces the Human Security Act of 2007, allows the police and military to detain suspected terrorists without a judicial warrant of arrest for up to 24 days.

Under the previous law, enforcers who have wrongfully detained suspects can be penalized P500,000 for every day of wrongful detention. (SunStar Philippines)
< Previous PageNext Page >