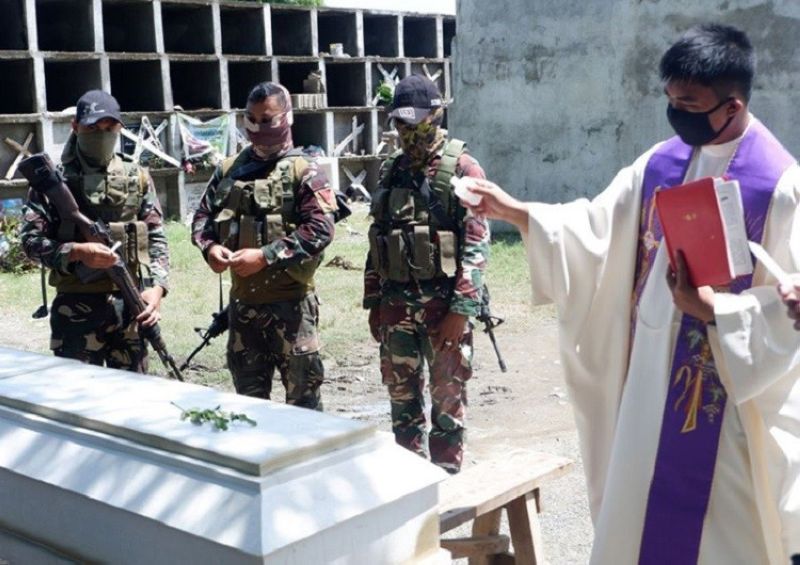 Boransing said the NPA rebel was killed in a clash with government forces on June 28 in Piwan village, Midsalip, Zamboanga del Sur.

“His comrades left him during the firefight and he was found dead by our troops. This is a clear manifestation that the lives of CNT (communist-NPA-terrorist) members are of no importance to their so-called leaders,” Boransing 97th IB said.

“The Provincial and Municipal Task Forces to End Local Communist Armed Conflict are working to identify the cadaver so that we can inform the family about his death. The Local government unit of Sindangan gave him a proper burial,” he added.

The benediction of the cadaver was presided by Father Gregorio Baga, Jr., the parish priest of Sindangan.

The burial was also attended by concerned residents of Sindangan and aside from the troops of the 97IB. (SunStar Zamboanga)