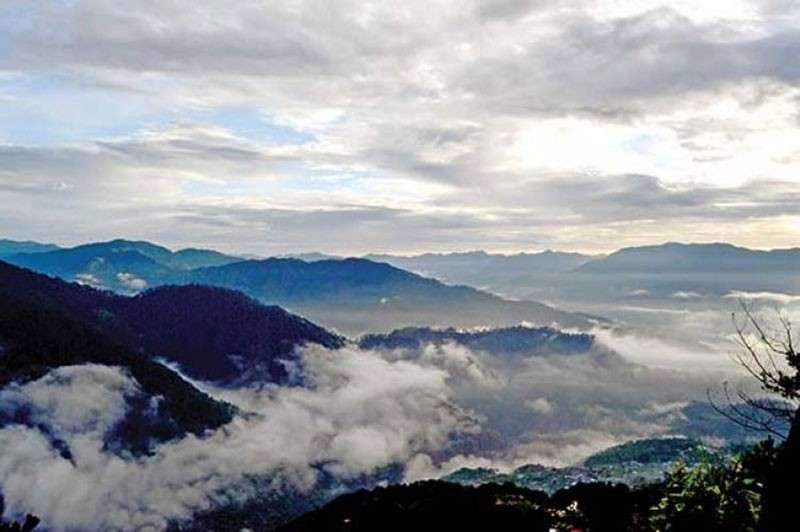 A SMALL town has put its foot down for the safety of its people.

Sagada Mayor James Pooten said the team of film director Joyce Bernal with actor Piolo Pascual was asked to leave the highland town despite having travel papers and authorization from Malacanang for the sake of the health its people.

Pooten said the health and safety of his town have to be put at outmost priority, adding that no amount of permits and authorization can sway the decision of its stakeholders to keep the town sealed from tourists.

Pooten was in Baguio City for meetings since last week as he recounted the Presidential Management Team called him late afternoon of Friday, July 3, to inform him of the plans of Bernal to shoot scenes in the town, to which, he outright denied, explaining local protocols to close the town to tourists at the moment.

Bernal's crew is working on a project to shoot scene from the town for the State of the Nation Address of President Rodrigo Duterte this month and asked to be permitted into the town with their entourage of 14 people for at least two weeks.

Pooten said he told the team to acquire necessary papers but referred the matter to the Sagada Covid-19 Task Force and the Municipal Disaster Risk and Management Officer (MDRRMO), which backed his earlier decision to deny the request.

"Ilang buwan namin binantayan ito, there are a lot of people who want to go back to Sagada. There are returning residents and we tell them to follow protocol," Pooten said.

On Sunday, Pooten got a call from the town's chief of police who informed him the team of Bernal was requesting for security, while in the town, which affirmed the group already gained entry to the town using their authorization from the Palace and stayed at a local inn, Cellar Door, allegedly owned by Pascual.

"Meron pala siya property doon, but that is another issue, as non-Sagada residents cannot acquire properties in the town easily," Pooten said.

The team was supposed to stay at the Heritage Inn, but was denied entry owing to strict health protocols of the town on visitors, especially those from high infection areas.

On the same day of the unwelcome arrival, Bernal was met by officials of the Sagada Covid-19 Task Force and politely asked to leave, explaining local protocols, which have to be honored.

Bernal apologized for the breach and asked to be allowed to leave Monday.

The Sagada Task Force said on July 5, word was received that the team was on its way to Sagada.

"The MDRRMO recommended for an emergency meeting to refer the matter to the Local Covid-19 Task Force which was convened at 1:30 p.m. Upon the query of the body for any written communication regarding the video shoot, it was found out that an email was sent by Direk Joyce Bernal's team after office hours on July 3, 2020, Friday. The letter was informing the mayor of the team coming on the night of July 5, 2020. Attached to the letter was an Authorization Letter signed by Dennis Wilfred P. Pabalan, executive director of the Malacanang Presidential Broadcast Staff-RTVM."

In response to the email, Vice Mayor Felicito Dula, officer-in-charge of the task force in the absence of the mayor, explained the denial of the request, citing the local government unit can exercise powers granted to within their territorial jurisdiction to ensure and promote the safety of their constituents.

Dula also said a local council resolution mandating the closure and suspension tourism and the entry of non-residents coming from red areas is not allowed.

The letter also said the strict implementation on entry of all persons coming from outside the Mountain Province to Sagada has been effective in maintaining the municipality as a Covid-free community.

The task force announced on social media on Monday that "Andrew Chinalpan, Sagada Cellar Door manager and Direk Joyce Bernal were called to attend the ongoing meeting. It was Direk Joyce who came down to attend said meeting. The Local Task Force explained the sentiments of the body and their stand which was contained in a letter addressed to the team's coordinator. Direk Joyce clearly understood the decision of the body and she was apologetic. She appealed that they be given the night to rest in Cellar Door and to ensure that their vehicles are ready for the long trip back to Manila. The body agreed since they were already at the Cellar Door. Meantime, our Local Covid Task Force will be conducting monitoring activities for Cellar Door management to ensure that those in the establishment undergo a mandatory quarantine."

In an interview with SunStar Baguio, Pooten said he hopes that this incident sends a message to all that Sagada is serious in implementing local laws and asked for understanding for the decision.

Pooten said he is headed back to the town and will undergo a mandated 14-day quarantine, to which his quarters are being readied and traveled back to the highland town Monday afternoon, July 6.

Bernal left Monday morning with a team of more than 15 people.