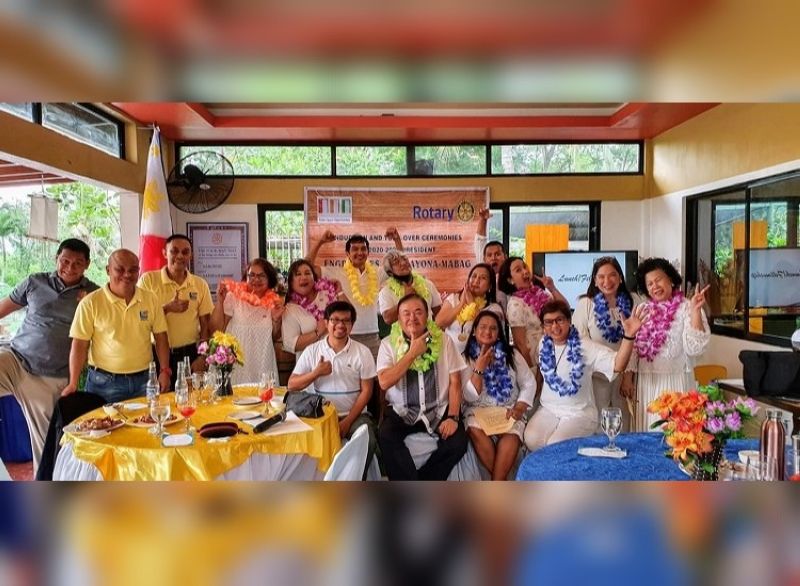 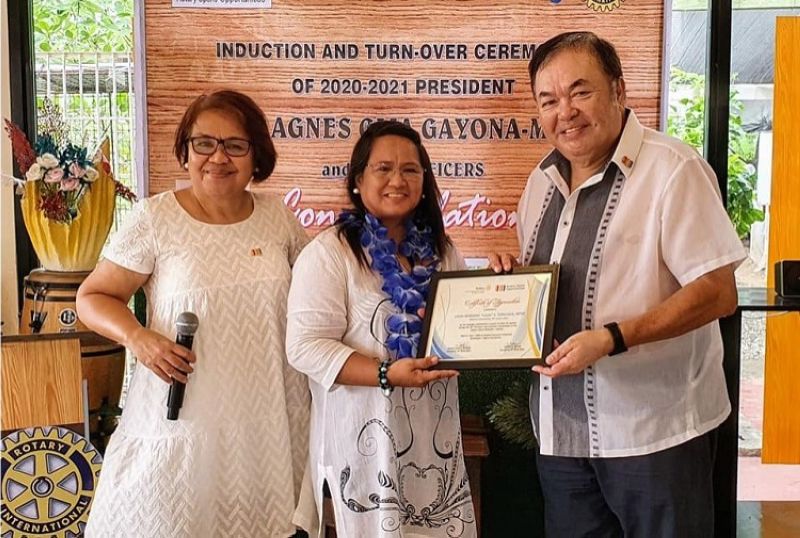 BACOLOD. District Governor Louie Gonzaga (right) gets a certificate of appreciation from President Agnes Glia Mabag and Secretary Rose Depra for being the club’s inducting officer and guest speaker. 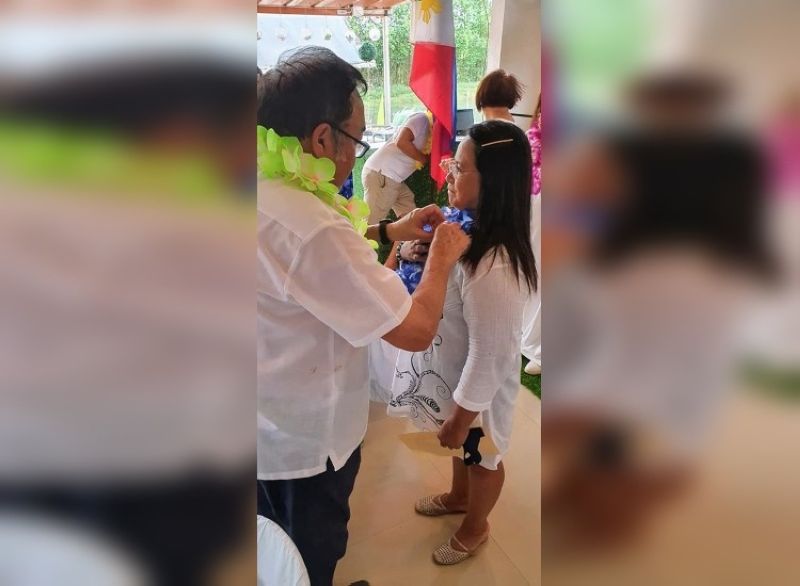 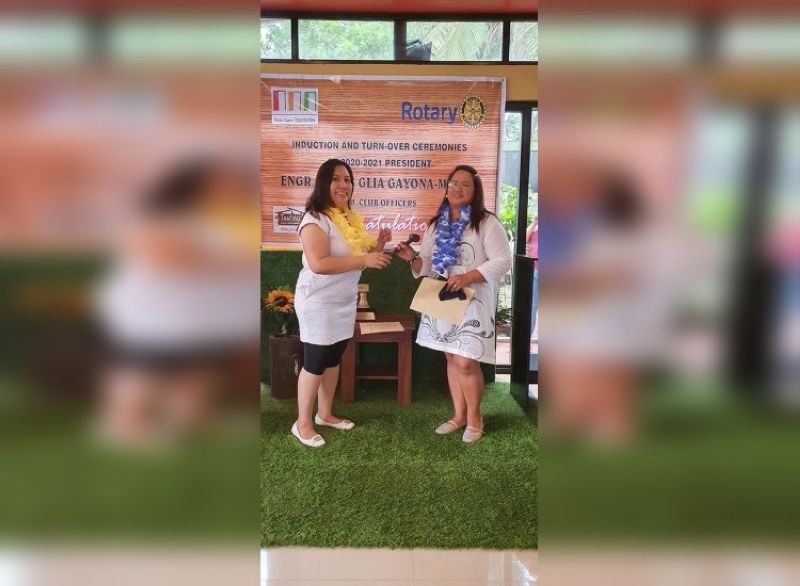 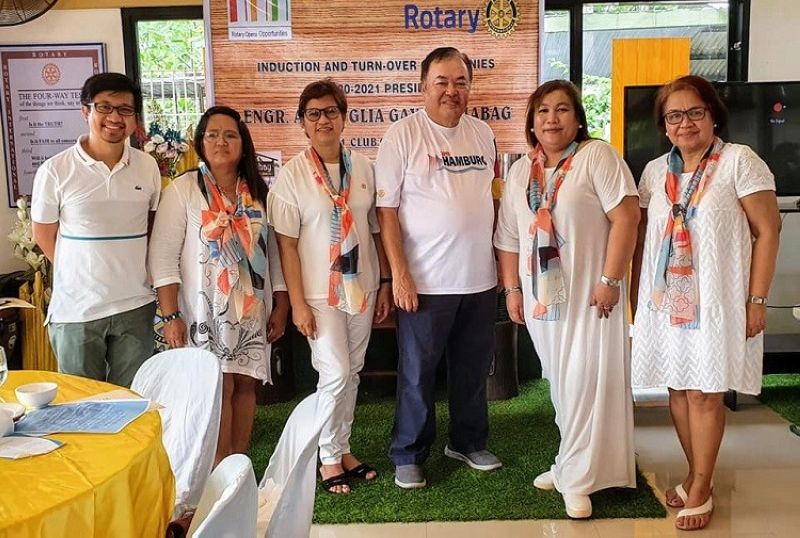 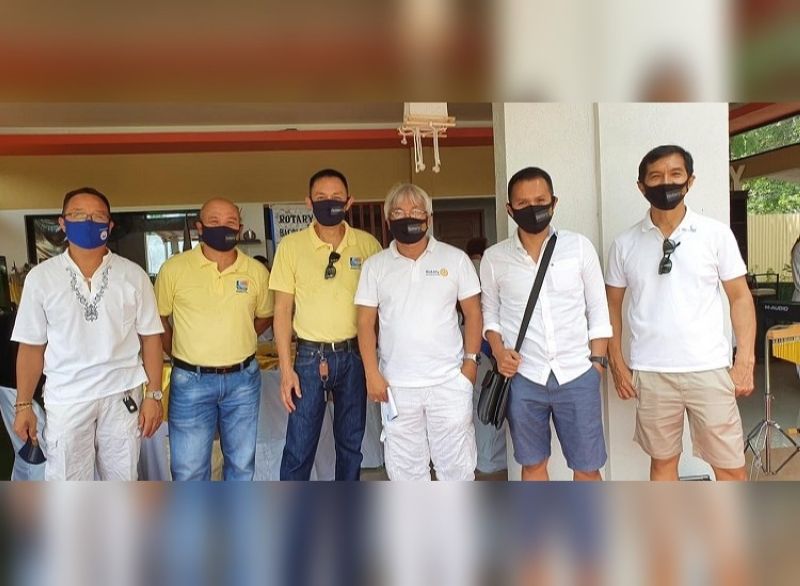 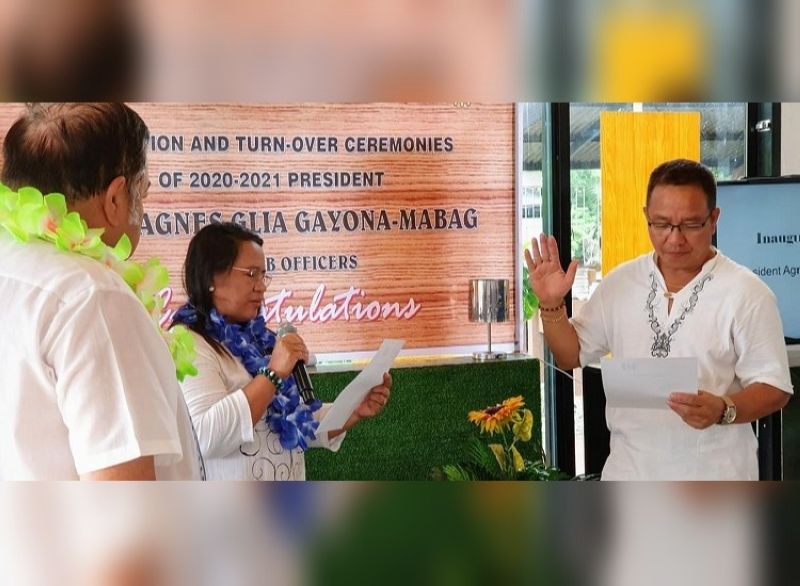 The Mabag couple, both civil engineers, will bring their strength in leading the club as they enter into the new Rotary year this July 2020 to June 2021. Agnes Glia serves as the municipal engineer of Moises Padilla while Patrick is the city engineer of Binalbagan.

Agnes Glia is the 25th president of Bacolod Central who was inducted into office by newly-installed Rotary District 3850 Governor, Louie Gonzaga in a simple ceremony at Tawhay Resort in Binalbagan City on Saturday.

Her first act as president was to induct her husband, Patrick, who is no stranger to Rotary as he has been joining Agnes Glia in various club activities in the past. Their children, Ayka, Geeboy, Kim and Martin were present to lend support to their parents.

Gonzaga challenged the club to continue providing service to the communities, especially during this pandemic when “there are numerous opportunities to serve despite the challenges.” It was Gonzaga’s first public event since his installation as governor of Rotary District 3850.

“While delivery of service projects will be more challenging, we should not waver from our oath of ‘Service Above Self’ but rather, take this as an opportunity to do more for our communities,” Gonzaga said.

The Mabag couple said they are looking forward to the challenge and believe this was destined to happen with Agnes Glia getting elected as the club’s 25th president while they are celebrating their 25th year of marriage.

Agnes Glia said that they are in a position to connect government with civic organizations and the private sector “as we in Rotary need to take an active role in helping government during these times.”

With less than 20 people in attendance, Centralians made sure that everybody followed health protocols and gave out specially made Rotary face masks to members and guests.