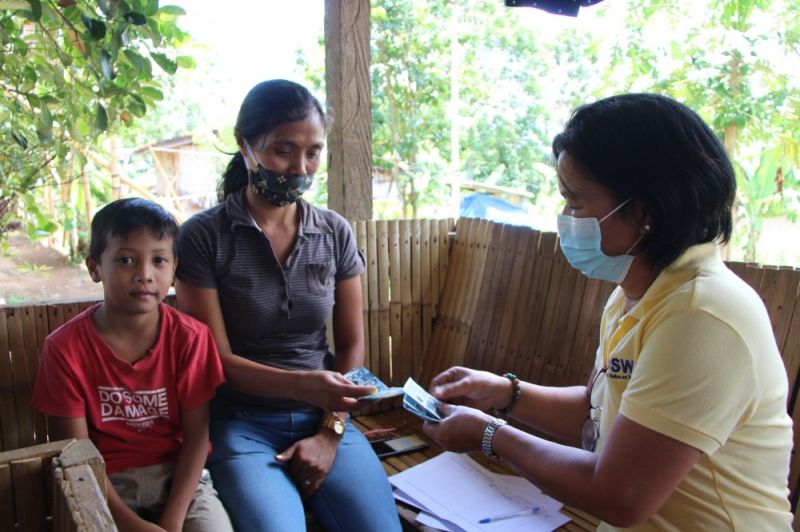 THE distribution of the second tranche of the Social Amelioration Program (SAP) will be done digitally, an official of the Department of Social Welfare and Development (DSWD) in Davao Region said.

In a virtual presser, DSWD-Davao Director Grace Subong announced that the agency has forged a memorandum of agreement (MOA) with a Luzon-based digital wallet company, StarPay where they will course through the budget for the cash subsidy.

Starpay is among the six financial service providers authorized by DSWD to disburse the SAP to beneficiaries along with the Landbank of the Philippines (LandBank). In June, DSWD entered a MOA with StarPay and LandBank.

"We kept on saying that for the second tranche, to ensure the fast distribution of cash assistance, we have to have a new initiative and innovation and this is the digital payment," she said.

She said this is also done to address the challenges in disbursing the cash assistance that they experience in the first tranche such as the lack of disbursing officers.

She bared that the DSWD Central Office has piloted the new cash distribution system and improved its efficiency.

"They showed that in a day, they can pay around P100,000 plus. With that, we see that this process will really help and solve our delay of the distribution," she said.

She said the agency will conduct a series of meetings with representatives of Starpay to gather more information and streamline the procedures of distribution.

Based on their website, Starpay is "a licensed and regulated Electronic Money Issuer (EMI) by the Bangko Sentral ng Pilipinas."

Subong said Starpay has more remittance centers and bank partners where the cash subsidies will be claimed.

She said they will release the list of the partner centers soon.

"They will give us a complete list on this because we need to inform our beneficiaries and partner LGUs (local government units) in the event that we will start the payout," Subong said.

Subong said the beneficiaries will be informed by Starpay about the schedule of their payout and the assigned remittance center through text message.

For those who do not have phone numbers, she advised that they will ask for help from their relatives who have one.

She added that Starpay has also offered to distribute cash subsidies offsite in areas without remittance centers or banks such as Geographically Isolated and Disadvantaged Area (Gida).

With this scheme, the agency targeted to finalize the process and finish the distribution at the end of July.

"Hopefully, we will not have problems with spelling or birth dates because these are the basic information that they will ask in identifying and validating the beneficiaries," she said.