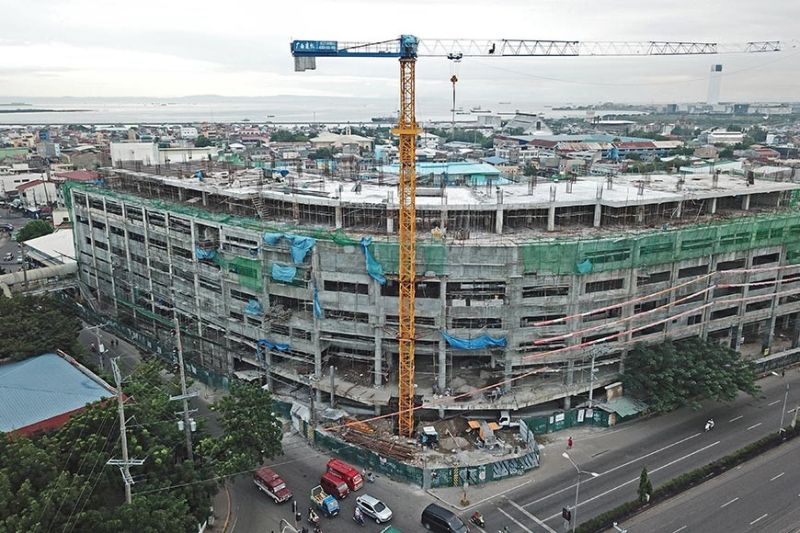 INCOMPLETE. The new building of Cebu City Medical Center (CCMC) has been under construction since 2015. The old CCMC was damaged by the October 2013 earthquake. (SunStar file)

THE Cebu City Government is set to award next week the P100-million contract for the completion of the first three floors of the new Cebu City Medical Center (CCMC) building, which has been under construction since 2015.

CCMC Administrator Yvonne Cania said the City is aiming to accommodate 150 patients in these floors.

Cania said the CCMC will only accomodate city residents positive for the coronavirus disease 2019 (Covid-19) after all the quarantine centers are in full capacity.

Mayor Edgardo Labella said the contractor assured him that the first three floors will be completed within three months after the issuance of the notice of award.

He told reporters that the P100-million budget will be spent on the architectural, electrical and mechanical installation of the CCMC’s first three floors.

The winning contractor will also need to install a fire alarm and detection system and fire protection features.

The technical working group of the Cebu City Hall’s Bids and Awards Committee (BAC) recently concluded its post-qualification evaluation on the contractor, who was able to offer the lowest calculated bid.

The city government started constructing the new CCMC in 2015 during the administration of then Cebu City mayor Michael Rama, who is now vice mayor.

In 2014, Rama ordered the demolition of the old CCMC building after it was declared unsafe following the 7.2 magnitude earthquake that struck Cebu and Bohol in October 2013.

Rama was deafeated in the 2016 mayoralty race by Tomas Osmeña, who had also failed to complete the building before he lost to Labella in the 2019 elections.

Labella said the BAC will again conduct another public bidding for the P500-million budget recently approved by the City Council to cover the rest of the hospital’s still uncompleted floors.

Last month, Labella sought the approval of a P1.5-billion third supplemental budget to set aside funds for the completion of the CCMC. But only P500 million was granted by the City Council.

Labella said he is determined to finish the construction of the 10-storey CCMC within his three-year term, which expires in June 2022. (PAC, JKV)