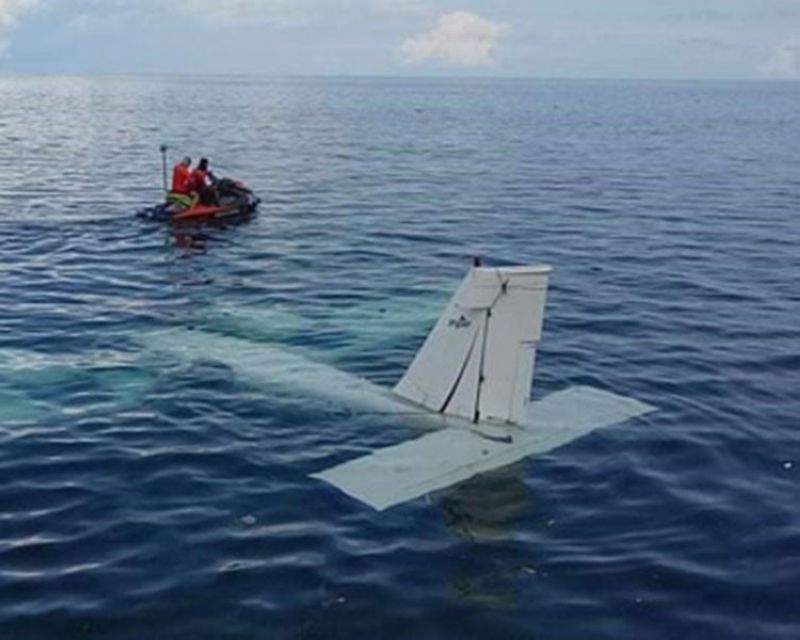 ZAMBOANGA. Two personnel of the Maritime Police Command guard the Viper Seneca plane that made an emergency landing at sea early Tuesday, July 7, off Zamboanga City. All the four people aboard were safely rescued by a tricycle driver. Three of them are foreigners. (SunStar Zamboanga)

FOUR people, including three foreigners, were safely rescued when the plane they were riding made an emergency landing at sea just few meters from the shore in Zamboanga City, officials said Tuesday, July 7.

They were rescued by Mufri Yusop, a tricycle driver, who happened to pass by the area and saw the plane "crash" into the water.

But Civil Aviation Authority of the Philippines (Caap)-Zamboanga Manager Antonio Alfonso clarified that the plane did not crash, but made an emergency landing at sea as the twin engine six-seater Viper Seneca aircraft "incurred a single engine failure, forcing the pilot to maneuver and land near the shore."

Alfonso said the plane with tail number RP-C834 was returning to Dumaguete City after it flew earlier Tuesday in a convoy with another trainer plane to Zamboanga City.

The other trainer plane was delivered to a newly-established local flying school.

Those rescued were taken to the local Caap office following a medical check-up. (SunStar Zamboanga)